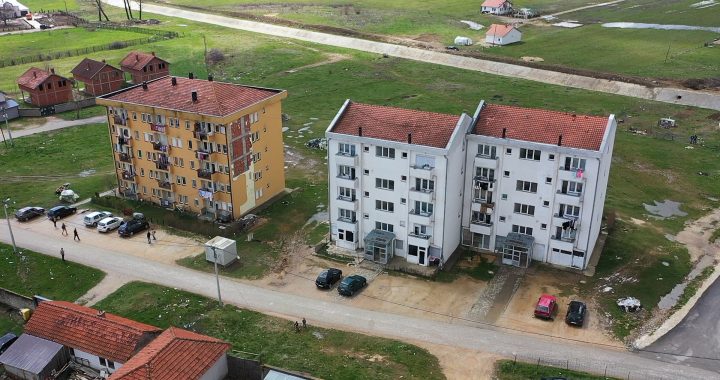 In a BIRN debate broadcast on Thursday, government officials and representatives from civil society raised concerns about the lack of investment in social housing in Kosovo, which has left thousands of marginalised people vulnerable.

More than 3,100 families are currently applying for social housing in Kosovo with the number increasing year on year according to Rame Hamzaj, the head of the Housing Division at the Ministry of Environment, Spatial Planning and Infrastructure, MESP.

Appearing in the latest episode of BIRN’s Kallxo Pernime (Tell For Real) series on Thursday night, Hamzaj conceded that public investment in social housing has been minimal. “From 2003 to 2019, only 20 million euros were spent on social housing,” he said.

According to a 2019 report by the European Commission, social housing in Kosovo is very limited, with incomplete records at the MESP then revealing that a total of 51 residential buildings were built across Kosovo between 2003 and 2018, containing only 1,178 housing units.

During Thursday’s debate, Driton Tafallari, the executive director of the Developing Together NGO criticised the lack of investment, stating that only 0.3 percent of apartments in Kosovo are available for social housing.

Tafallari described the situation as “terrible” and an “alert that concrete steps must be taken to improve this situation.”

While the MESP is responsible for implementing legislation that ensures the right to adequate housing and overseeing national strategies, the provision of social housing is the responsibility of Kosovo’s municipalities.

However, according to the European Commission, in 2019 only 22 of 38 municipalities had conducted a housing needs assessment, while many did not have a designated housing officer.

Tafallari believes that the situation has not improved, stating that only the Municipalities of Gjakova, Drenas and Suhareka have offices dedicated to social housing.

Meanwhile, Violeta Thaci, a programme manager for housing at the VORAE NGO based in Gracanica, highlighted that it is Roma, Ashkali and Egyptian communities that are most affected by the state’s failure to improve the social housing scheme.

Previous housing units constructed for these communities, including those in Plemetina near Obilic, have been criticised for their poor build quality and a lack of maintenance.

“Although we live in the 21st century, there are families in Kosovo who live without bathrooms and basic needs for these families,” Thaci said, adding that these poor conditions particularly affect women.

An action plan to enact the Kosovo Government’s Strategy for Inclusion of Roma and Ashkali Communities envisaged the building of 100 houses, as well 80 social housing units allocated to members of these communities.

However, Thaci said that despite assistance from municipalities and civil society organisations, housing will continue to be an issue in these communities. “Families are growing and the question remains: Where will they grow to?”

Meanwhile, in the Serb-majority municipality of Gracanica, a project providing social housing to young couples is already underway. According to Lazar Mitic, an official at the Ministry of Local Governance, “new buildings are being constructed, though I don’t know when these will be distributed.”

However, in Ferizaj, Basri Rexhepaj, the deputy head of the Office for Communities at the Municipality conceded that 80 families currently applying for social housing in Kosovo’s third largest city were unable to have their needs met due to a lack of social housing stock.

For Tafallari, in addition to constructing buildings themselves, municipalities should be more creative in obtaining social housing, including negotiating with construction companies.

“I am sure that the private sector of the construction industry would rather donate apartments to municipalities than pay fees for construction,” he said. “In that way, each municipality can own hundreds or thousands of apartments.”

The NGO director added that this housing stock can be used to help those seeking social assistance and young couples, as well as the victims of domestic violence and other marginalised groups. “That would allow us to breathe more easily,” he concluded.