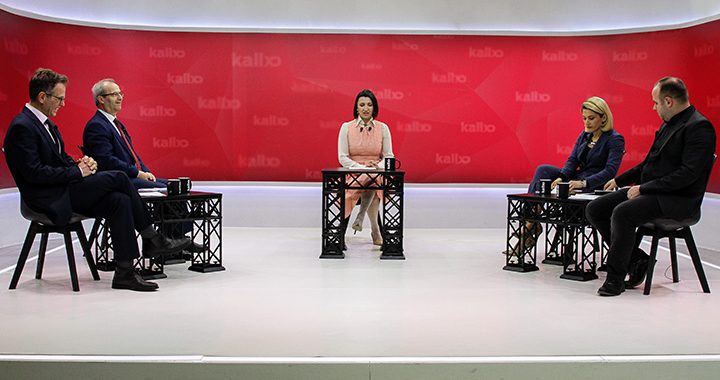 On Friday night, MPs, ministers and economists discussed the levels of public finance allocated to infrastructure projects in 2021, including the controversial Dukagjini Highway.

In a debate hosted by BIRN Kosovo’s Jeta Xharra on Friday, the increased allocation of funds for infrastructure projects in the midst of a pandemic and economic crisis drew criticism from MPs and journalists.

Visar Prebreza, an editor at BIRN and expert on economics, drew attention to a budget line for the controversial Dukagjini highway project, which is expected to cost over 1 billion euros, included in the Budget for 2021, that was approved by the acting government on December 29.

“The Dukagjini highway was included at the proposition of Arban Abrashi [LDK’s Minister of Infrastructure], while 1.5 million euros for this project has already been spent on a feasibility plan,” Prebreza stated.

The 91 km Dukagjini highway project, which will connect Istog and Prizren, was removed from the governing plan during the brief coalition government between Vetevendosje and LDK earlier in 2020. However, after the breakup of the coalition, LDK’s new partners, the Alliance for the Future of Kosovo, AAK, the party that has most vociferously backed the highway, appears to have reintroduced the project into the Government’s plans.

“How is it possible that in this situation the Ministry of Infrastructure increases its budget by 53 million euros?” Kusari asked. “This is the ministry of asphalt.”

Deputy Minister of Finance Agim Krasniqi disagreed, saying that projects that started under previous governments cannot be halted otherwise the government would incur fines. Krasniqi added that the money allocated for the Dukagjini Highway project was just for a feasibility study and not for the construction of the highway.

However, Kusari argued that the more that is spent on the highway, the more difficult it is to stop. “Do you remember how [former minister of infrastructure] Pal Lekaj said that the highway must get done because more than a million euros have been spent,” she said.

Prebreza pointed out that the necessity to allocate large chunks of Kosovo’s budget on infrastructure projects now has a long history.

“Ever since 2014, when former Prime Minister Hashim Thaci signed the agreement to build the highway to Skopje, the Government has had obligations and there was no space to reallocate the budget – to the education sector for instance,” he said.

Prebreza added that any failures to meet these obligations led to financial penalties, as was the case with Bechtel-Enka, a Turkish-American company that was tendered to construct the highway between Prishtina and Skopje. In June 2018, the Kosovo Government paid a fine of over 53 million euros to the company, allegedly due to late payments.