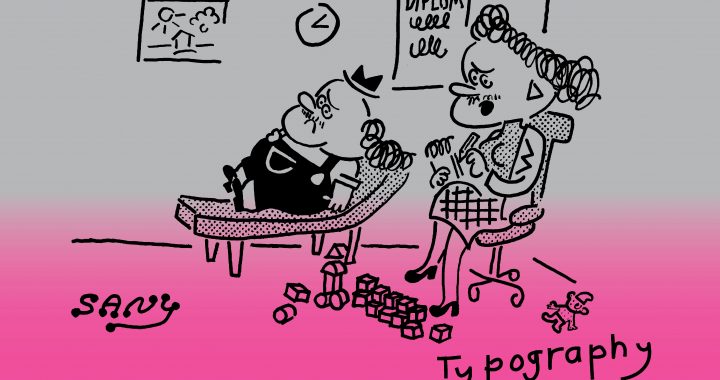 The conference without borders returns to Prishtina

Showcasing artistic projects in significant locations across the city, the REDO Design Conference begins in Prishtina tomorrow, initiating discussion on current developments in the practice of graphic design.

The eighth annual REDO Conference arrives in Prishtina this Friday, bringing together artists and celebrating fresh ideas from the fields of graphic design, art, sound and performance across this weekend.

This year, evening lectures of the conference will be held in three buildings of architectural significance in Prishtina. Across the three days, REDO’s organizers have tried to raise awareness of buildings that are under threat, be it from demolition or privatization.

“It became so much part of the city somehow, and for us to even discover it in a way through the conference,” said Bardhi Haliti, REDO’s program director and Amsterdam-based graphic designer. “The conference always takes place in different locations every day. I really didn’t want it to be closed off, or monotonous, no traditional conference setting.”

From Friday to Sunday, the conference will be split across Kino Armata, the Yugoslav-era cinema that was recently reopened for use as a free public space, and the Rilindja Printing Mill, a warehouse that used to host one of the most advanced printing presses in Europe and the region, according to Haliti, where his own high school books were edited, printed and bound, currently under the authority of the Kosovo Privatization Agency.

On Sunday, a number of evening lectures will take place at the National Library of Kosovo, an infamous infrastructural construction inaugurated in 1982, with 92 separate white domes sprouting from each facade of the library, and a huge metal grid encasing the entire building.

Sunday’s lectures will feature Kosovo-born and London-based artist Blerim Racaj, who uses portrait and landscape photography to document the social and cultural landscape of Kosovo, exploring the question of youth identity.

The library building itself has also recently garnered international attention, featured in a exhibition that opened in July in the Museum of Modern Art, MoMA, in New York, exploring the beauties of Socialist-era architecture in ex-Yugoslavia, named “Toward a Concrete Utopia.” Other buildings such as the Hotel Adriatic in Croatia, and the Monument to the Battle of the Sutjeska in Bosnia, are also featured.

Haliti explained the importance of using these buildings as public spaces as a way to show their potential were they returned to the people, and an attempt to challenge the growing threat of privatization and the increasing inaccessibility of the city.

“Everyone uses this buzzword, brutalist architecture, but it’s so much more than that,” said Haliti. “They’re really photogenic, but these buildings shouldn’t just become Instragrammable images.”

Last week, Docomomo Kosovo started an online petition to save the former Germia Shopping Mall from demolition, urging the Ministry of Culture Youth and Sports to use legal measures protect the building.

For the last eight years, REDO has utilized these spaces to initiate debate: whether the city should be opening up, making spaces like Rilindja and the Palace of Youth available for everyone, or closing down, as the privatization process starts to move forward.

Haliti said that REDO’s legacy of challenging privatization and bringing together people passionate about design continues, and he sees Prishtina having an interesting role in the world of graphic design in Europe.

“There’s a loose theme every year about the city, marching, strolling exploring, meeting buildings, showing people what they can give. For me, these buildings shaped my youth.”

Haliti emphasized that REDO aims to explore how graphic design has blended with different artistic mediums and become more dynamic. A pop-up bookstore from Paris-based publishing house, After 8 Books, will be open across the weekend with subsidized books and design, art and theory available to buy.

Moonshine Monday, a slightly more digestible project, will be opened on Friday, a temporary bar that will be built and rebuilt in every location in which REDO is being held. An initiative by Kimberley Cosmilla and Marcel Mrejen, the bar will create drinks, and the bar itself, with materials and alcohol that they have found since they arrived in Kosovo.

Haliti sees the reopening of Kino Armata as a success story, and is excited that this year is the first time the film program will be held in a space that has been returned to the people.

The conference opens on Friday at Kino Armata with projects from two artists, Jim Shaw and Marnie Weber, American artists who have both played with the medium of graphic design throughout their bodies of work, spanning film making, music, illustration, sculpture, and collage. Weber’s multimedia Scarecrow series will be shown on Friday, with hers and Shaw’s film program continuing throughout the weekend.

Weber’s 2016 film, The Day of Forevermore, is the last to be shown at 10:00 pm on Sunday, a contemporary fairy tale exploring the struggle of a daughter’s relationship with her mother, who is a witch, and her struggles to break away from the clutches of her mother’s coven.

See here for the full program of the REDO Conference.