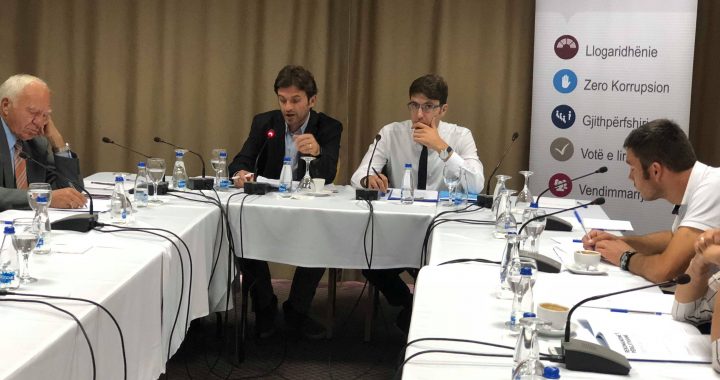 The Prishtina based think tank Kosovo Democratic Institute, KDI, on Wednesday issued a publication as part of a series on state capture, State Capture: The political economy of Gravel, which says major post-war infrastructure projects have seriously degraded the country’s nature and environment.

In particular, it highlights the degradation of rivers in Kosovo through lowered riverbeds, but also damage done to mountains.

Florent Spahija, a legal officer from KDI, said the damage had been “economic, environmental and archaeological”, noting that the report in detail explains the damage done to rivers in Kosovo.

It says Kosovo politicians have turned a blind eye to this damage because many of them have economically benefited from these projects.

Arben Kelmendi, Project Manager at KDI, said that since the ruling Democratic Party of Kosovo, PDK, came to power, “the Kosovo government had prioritised road infrastructure and the vast majority of capital investment has been allocated to this sector”.

Members of the Ministry of Environment and Spatial Planning were invited to attend the launch of the publication but did not show up.

The two largest infrastructure projects in the post-war Kosovo have been building the 101 km highway “Ibrahim Rugova” that connects Kosovo with Albania and the ongoing 60km-long Arber Xhaferi highway that links Kosovo with Macedonia.

The contracts for the construction of these highways have never been made public despite repeated calls for more transparency.