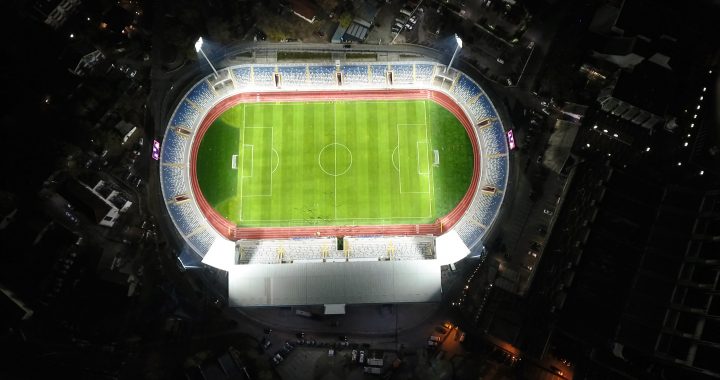 The platform responsible for online ticket sales for Kosovo’s match with England on Sunday claims it is the victim of cyberattacks after constant website crashes left fans frustrated as tickets went on sale on Tuesday.

This week, Kosovo is gearing up for two of its biggest football matches since the Football Federation of Kosovo, FFK, joined UEFA and FIFA in May 2016. The Dardanians face the Czech Republic in Plzen on Thursday night before hosting England in Prishtina on Sunday, knowing that a victory in both games will result in qualification to the 2020 UEFA European Football Championship.

But fans in Kosovo hoping to witness Sunday’s historic match with England in the stadium were left feeling frustrated on Tuesday, as the website handling ticketing for the match crashed continuously from the moment tickets went on sale. Most fans trying to access ‘tiks.app,’ the company contracted by the FFK to sell tickets for all of Kosovo’s games, were greeted with a message reading ‘this site can’t be reached.’

Speaking to KTV’s Interaktiv program, FFK president Agim Ademi stated that he had not been notified about any problems with the system, and that he had spoken to tiks.app at 15:50, ten minutes before the sale was due to start, who assured him everything was ready.

However, a statement made by tiks.app conceded that there had been issues. In a Facebook post published just before 22:00, the company claimed that the platform had been the target of “attacks,” limiting the service. The company added that some tickets were sold during this time, while work was continuously being done to reactivate the service.

A second statement made on Wednesday morning by tiks.app described “several coordinated cyberattacks” which are being investigated by the competent authorities.

The company also stated that remaining tickets for the match will be issued at a time to be determined in coordination with the police and FFK, adding that demand was at least 20 times higher than the capacity of the Fadil Vokrri stadium, which can hold 13,500 fans. However, no details on the number of tickets still available were provided by the company.

Despite the problems, tickets appeared on the black market in the hours following the 16:00 ticket sale, with two VIP tickets being sold for nearly 500 euros. In Wednesday’s statement, tiks.app encouraged people to report tickets being sold on the black market to the police as, according to the company, “handing out tickets without prior authorization from the Organizer may be considered a criminal offense.”

This is not the first time that questions have been raised over ticket sales for Kosovo matches. After tickets for Kosovo’s match with Montenegro in October sold out in a matter of minutes, the state prosecutor began investigating the sale of tickets, as well as black market sales and counterfeiting.

KALLXO.com requested access to documents to discover further details about the sale of tickets for the match with Montenegro, but the information was not provided by tiks.app. The company forwarded KALLXO.com’s request to the FFK, who are yet to respond.