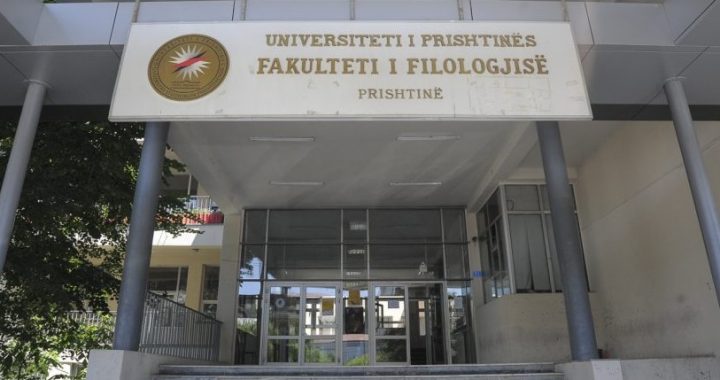 University staff and civil society organizations divided over the state of the University of Prishtina as it celebrates 50 years since its official formation.

This week marks 50 years since the official establishment of the University of Prishtina, UP.

While the first academic year at UP began in November 1969, it was three months later that the new university’s Founding Assembly was formed, on February 13, 1970. Two days later, a solemn meeting of the Assembly was held on February 15, a day which has since become known as the Day of the University.

The university’s website describes its foundation as “historic for the people of Kosovo as well as for the entire Albanian nation” and UP has frequently found itself at the heart of political events – from the 1981 student protests to the mass dismissal of Kosovo Albanian lecturers in the 1990s.

A 2003 OECD report on education in South Eastern Europe labelled the university as being “at the very core of political conflict and the self-esteem of Albanian Kosovars.”

However, in more recent years, the university has often found itself the subject of controversy over educational standards. In 2014, student protests broke out after allegations appeared in the media that then rector Ibrahim Gashi had falsified research in order to gain academic credentials. Gashi later resigned.

In a 2018 report, Admovere, a transitional justice and education NGO, found that plagiarism, a lack of infrastructure and professors’ engagements outside of university were hampering the functioning of the university.

Author of the report, Shkelzen Gashi, an education researcher who curated an exhibition dedicated to the 49th anniversary of the University of Prishtina last year, still believes that situation at the university is troubling. “UP is not an academic institution,” he tells Prishtina Insight. “Since the war it has not conducted any serious academic research in any field.”

But for Bekim Baliqi, associate professor at the Department of Political Sciences at UP, despite its recent struggles, the university remains a respectable institution that’s reputation extends beyond Kosovo’s borders.

“You have to be aware that UP remains the highest quality university in the Albanian speaking world,” Baliqi tells Prishtina Insight. “[Places at the university] are the most sought after not only in Kosovo but among Albanians from around the world.”

However, Baliqi echoes Gashi’s sentiments on the lack of meaningful research, and believes that increasing the budget is the solution. “We lack funds, motivation and the necessary conditions to develop and further advance,” he continues.

A report from the Organization for Improving the Quality of Education, ORCA, published in January 2020 stated that 61 per cent of the University’s 35 million euro budget were spent on salaries and expenses of its staff of 2,081 people.

The associate professor states that a number of reforms should be undertaken in order to improve the quality at Kosovo’s most prestigious university. “The University should support more scientific projects, and work on the creation of scientific journals, seminars, and conferences. It should work closely with international universities on projects such as Erasmus+ and with the NGO sector at home and abroad.”

For Gashi, more fundamental reforms need to take place. “The University of Prishtina should be re-established,” he argues, adding that a vetting process for staff should take place at the university this year.

A 2017 report by the Organization for Improving the Quality of Education, ORCA, stated that 72 percent of professors at the University of Prishtina did not meet the minimum criteria to justify their academic ranks, and that between 2004-2017, a little over one fourth of UP professors were published in dubious or predatory journals.

“There should be no illiterate professors at the University of Prishtina, who do not speak a foreign language, or who have never published scientific work in serious international journals,” Gashi says.