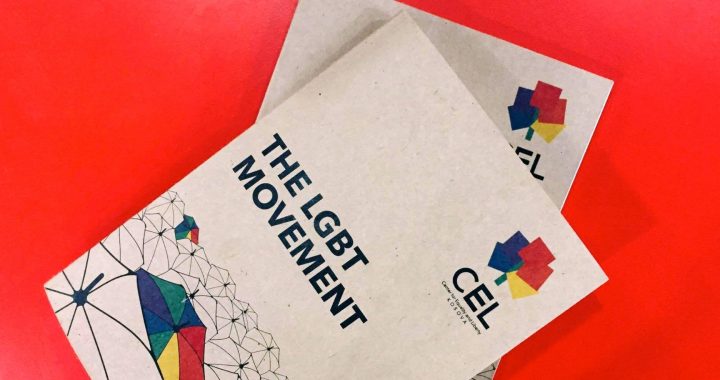 Part of a new book published by CEL Kosovo, this is a personal story of a young Kosovar coming to terms with his sexuality and the pain of coming out.

Coming out as gay was the hardest thing I have ever experienced. It was somewhat terrifying: a mental battle between me, my family and the people around me. I always knew there was something different about me. At age five, I witnessed my first-ever typical Albanian wedding in Kosovo. Throughout the ceremony, I noticed that I was paying more attention to the groom rather than the bride. As I was growing up, I used to wear my sister’s makeup without really thinking. I used to do it whenever I was bored. This was all before my 10th birthday. Although, I never really understood what it meant to be gay. I guess I was too young to understand. At that age, I just assumed it was the norm.

I thought everyone was just like me. As time went on, I began to come to terms with my sexuality; that’s where it all gets really dark. As a teenager I often got bullied at school. For five very long and painful years I was pushed, shoved, and people thought it was okay to throw things at me. Things like chewing gum, pencils and sometimes textbooks were thrown at me, even when teachers were present. Throughout those five years I was called ‘faggot,’ and I just remember how it felt whenever somebody called me that. I found it very derogatory, homophobic and extremely hurtful, sometimes to the extent where I felt like I wanted to be sick. I was so ashamed to admit that I liked guys.

The first year there was life changing. It felt like a personality switch once I opted to study there. I remember the bullying stopped as soon as I finished secondary school and started my studies at college. It was as though everyone in my college embraced the way I was, the way I did things and the way I would come across. In secondary school, I had no friends whatsoever and during our one-hour lunch-break, I used to pass time by walking around the whole school and eating in the boys’ toilets because that’s where I felt most safe. In college, it was much the opposite, I felt much more welcome. I used to remember people asking me whether I wanted to spend my lunch break with them and then go out to the park once our classes had finished. During my first year in college I came out as bi to soften the blow, still afraid to come out as gay.

I used to think that if I kept saying I was bi and started to hang out with girls then somehow, I could be the person everyone wanted me to be. Over time, I knew it wasn’t possible to change my sexuality. I was determined to change, so I spent a lot of time with girls. I went out with a Hungarian girl from my college. She was the most beautiful girl I have ever seen in my life, inside and out. You could swim in her eyes. They were crystal blue and they would just entice me. It would be so easy to relate to each other since our personalities were almost identical. It was like she was my soul mate.

After a month of dating, I still didn’t feel anything for her. As much as I tried to fall in love with her, I couldn’t feel anything. I felt like a monster for breaking her heart when I told her I was gay rather than bisexual, and that my feelings were nothing other than friendship. I didn’t want to lose her, but I was not physically attracted to her. I am grateful to her for being so understanding. We remain very close friends. I thank her every day, for it was this that verified my sexuality. I finally fully acknowledged what I was and that I wasn’t going to change for anyone.

In my second year of college I came out as gay and that’s when things took a turn for the worst. I was out with one of my sisters and was on Grindr at the time (a gay dating app). When she asked me for the time, I turned the screen towards her, forgetting the app was still open. Her face suddenly dropped. ‘Oh that’s so disgusting! I am so ashamed to call you my brother,’ she said. ‘You’re an embarrassment to our family.’ The argument lasted for about an hour. As time went by, she kept that secret to herself. This was just the beginning of my problems. When I turned 18, I started working at a gay bar as a flyer boy. I thoroughly enjoyed my time working there because I have never felt so accepted by strangers in my life.

My circle of friends grew a lot wider—though this later proved to be problematic. After a month of working there, one of my work colleagues tagged me in an event associated to the venue I worked at. As soon as my family found out that I was working there, they booked me a one-way flight to Kosovo, saying ‘the reason why you’re like this is because you have too much freedom.’ They thought that by sending me to live here, it would affect me in such a way that I would become straight. When in Kosovo I noticed that I dressed very differently in comparison to any other guy in the city, I quickly began to realize how people were always staring at me, though that never really bothered me until the homophobia started. I remember it was a warm day and I was waiting for one of my friends at the side of the road, when four guys in a rusty red car shouted, ‘I’ll fuck your whole family of gays you faggot!’ and in that very moment I didn’t know how to react. I suddenly froze. A rush of thoughts came into my head, and at one point, I even thought that I was going to die. There have also been other occasions, e.g. when I finished university, a group of ten people came out of their school chasing after me saying ‘oh I’ll fuck your sister, where are you going, where are running away to?’ It was that bad that I had to walk into a factory for protection by the workers there.

I’m currently at university, but I still remember these moments vividly clear, as if it was only yesterday. When I went home for winter vacation, I returned to London. When I arrived, I stayed at my mum’s house, and it brought back a flood of horrible memories. I just remember how emotional I got when I was sitting in the lounge sobbing, while my mum asked ‘what’s wrong with you?’ I finally plucked up the courage to tell her what she did was wrong and how I’ll never forget what actions she took when I came out to her. I told her how I was feeling and also tried to educate her about sexuality. She had none of it. Consequently, she told me to go live with my dad. And that’s when she kicked me out of the house. I’ve had my heart-broken by so many guys before, but this was not even comparable. I have never felt so broken in my life.

This essay was written by an anonymous member of the LGBTQ community in Kosovo. His story and others are included in the most recent publication by the Centre for Equality and LIberty, CEL: “The LGBT Movement,” a primer on the history of the LGBT movement in the Balkans. Available in English and Albanian.