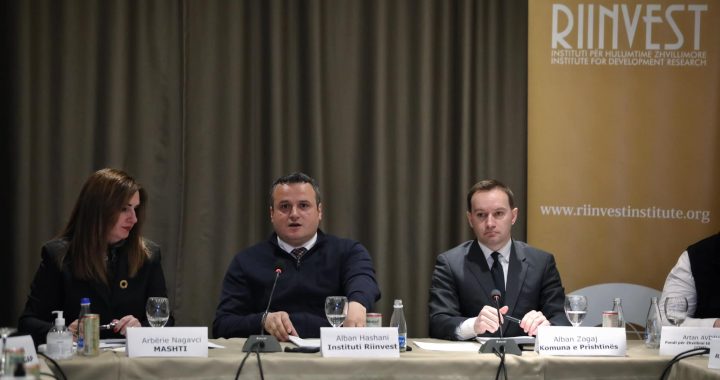 The lack of children’s learning centres and kindergartens prevents many women from joining the labour market, a roundtable has heard.

Women in Kosovo are failing to participate in the labour market due to the lack of kindergartens and daycare centres, it was said on Monday at a roundtable, where a document from the Riinvest Institute on daycare centres in Kosovo was presented.

According to the Kosovo Agency of Statistics, only 25.9 of women in the country are officially employed. This percentage matches the small number of children attending preschool programs.

Tringë Shkodra, from the Riinvest Institute, said the Strategic Plan of the Ministry of Education 2017-2021, had aimed to raise the participation of children in pre-primary education to around 20 per cent, from only 6.7 per cent.

“Riinvest recommends that more affordable care centres be established and that development standards be implemented at a higher level,” Shkodra said.

Shkodra said the low rate of children attending preschool in Kosovo was largely a consequence of a lack of infrastructure, family income and investment.

She called for an amendment to the Family Law to recognize children’s care as a job. Shkodra cited a Millennium Challenge Corporation survey, which said that one result of women’s family obligations was that they were less active in the labour market.

Increasing the number of kindergartens and children care learning centers was one of the main pledges of the government led by Albin Kurti.

Minister of Education Arbërie Nagavci, a participant in the disscusion, said that only 19.9 percent of children were involved in any type of early education, and the government was working on a draft law on early education to be presented in three weeks’ time.

“We have allocated 5 million euros for children in early education. Special attention will be paid to rural areas, and children coming from rural areas will be subsidized,” Nagavci said.

The same problem was mentioned by Riinvest Institute about children in rural areas who attend less pre-school programs than average.

The director of Riinvest Institute, Alban Hashani, noted that although women represent about half of the population of Kosovo, their role in the economy is disproportionately small.

“We have re-updated this topic within the economic forum of women, who have discussed this topic, and we believe that it is the right time to discuss it again,” Hashani said.

The Deputy Mayor of Prishtina, Alban Zogaj, said they were interested in the model of public-private partnership, and subsidizing parents with coupons, to encourage more pre-school classes.

One of the main barriers for families is the cost of sending a child to kindergarten. According to Zogaj, private kindergartens are costly, and he sought to find a balance.

“There are 100 private kindergartens in Pristina that make a special contribution. But they need better regulation and we ask for cooperation with the ministry,” he said.

Majlinda Zhitia, a professor at the Faculty of Education at the University of Prishtina, told the meeting that 15-year-olds who attended early education centres had shown poor results since, which according to her, may be due to their poor quality.

“More attention should be paid to what is provided to children. Children aged five are following 10 subjects and are overloaded with homework that conflicts with their developmental needs,” said Zhitia.