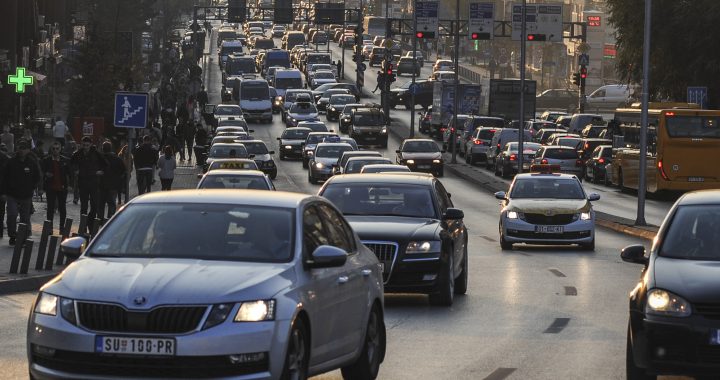 Prishtina’s air quality deteriorated rapidly over Wednesday and Thursday, following a period of relatively clear air for citizens in the capital.

Highs of 431 and lows of 57 have been recorded this week on Prishtina’s Air Quality Index, with the levels of pollution in the air continuing to yo-yo throughout January.

AirVisual recorded ‘hazardous’ figures on Wednesday and Thursday, ‘unhealthy’ figures for Friday, yet Saturday is expected to be ‘healthy.’

Experts have attributed the air pollution in Prishtina to the coal-based thermal power plants outside Prishtina, domestic coal and wood-based heating, fumes from car exhausts and high levels of traffic, as well as ‘temperature inversion,’ the creation of air channels at the ground level in Prishtina where harmful fumes and emissions become trapped. This is exacerbated by the lack of horizontal or vertical air channels that would normally carry this pollution away.

The Kosovo Environmental Protection Agency, AMMK, also publishes monthly air quality data, measuring particulate matter in the air at the sizes of 2.5 micrograms and 10 micrograms, using micrograms per cubic meter of air, µg/m3, as the unit of measurement.

‘Unhealthy’ levels of air pollution, anything over 150 for AirVisual’s AQI, measure in at around 60µg/m3.

The peaks and troughs in air quality throughout January this year read very similar to AMMK’s statistical data from January 2017 and 2018.

Alarming levels of air pollution were recorded in Prishtina in December, peaking at 456 at the beginning of the month.