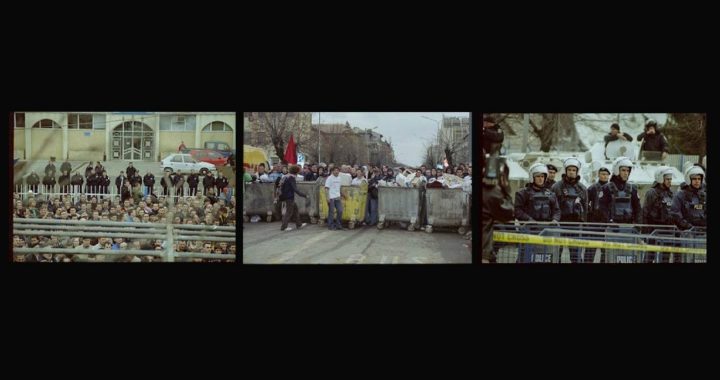 Ten years after the deaths of two Vetevendosje protesters, who were shot with rubber bullets by UNMIK police, Amnesty International urges the mission to bring the perpetrators to justice.

On the tenth anniversary of the deaths of two protesters, Mon Balaj and Arben Xheladini, Amnesty International urged the UN Mission in Kosovo, UNMIK, to “take further steps to ensure that perpetrators are brought to justice.”

On February 10, 2007, at a demonstration organized by Vetevendosje, members of a Romanian police unit acting under UNMIK fired rubber bullets directly into the crowd. The rubber bullets, which were expired, killed Balaj and Xheladini and injured more than 80 others.

A statement issued by Amnesty International today expressed the human rights watchdog’s regrets that the victims’ families have spent “a decade of waiting for justice.”

“On the occasion of the 10th anniversary of their death, Amnesty International has written to the SRSG [the Special Representative of the UN Secretary General] to urge UNMIK to publicly apologize for the failure to protect the lives of Mon Balaj and Arben Xheladini, as well as for those injured, and provide the complainants with full reparation for the damage suffered.”

Although UNMIK conducted an internal investigation in 2007, which established that the men were killed by the expired rubber bullets, the responsible parties were never identified or held accountable. Movement leader Albin Kurti was arrested on the grounds that he incited protest conditions that provided a threat of violence. He was eventually released.

The UN established a Human Rights Advisory Panel, HRAP, in 2006 to examine complaints of human rights violations by UNMIK. Relatives of Balaj and Xheladini and two other victims from the 2007 protest complained to the HRAP.

“In March 2015, following a lengthy process overshadowed by UNMIK’s reluctance to cooperate, the HRAP found that the Mission had failed to protect the right to life of the victims under Article 2 of the European Convention on Human Rights (ECHR), both in causing the death and injuries, and in failing to conduct an effective investigation into them,” the statement reads. The HRAP also concluded that UNMIK violated ECHR’s right to peaceful assembly.

“Amnesty International welcomed the Panel’s Opinion as the first step towards justice for the victims and their families,” the statement reads. However, Amnesty condemned UNMIK for failing to make progress towards fulfilling the HRAP’s recommendations.

Vetevendosje, now an opposition party, is organizing a few events on Friday to commemorate the murder of its two supporters.

Party officials and supporters will pay their respects at the burial sites of Xheladini and Balaj in the morning, while a photography exhibition will be on display in the atelier of the Palace of Youth and Sports in central Prishtina. At 2:00 pm, the party will also organize a public discussion titled “The Ahtisaari Plan and Vetevendosje’s Theses: 10 years later.”

“February 10th has entered our people’s history as the day when the political imposition of the Ahtisaari Plan was opposed and the people’s will for freedom and independence was expressed,” a statement issued by Vetevendosje reads, continuing that this day was “glorified by the fact that it also gave our Nation the freedom martyrs, Arben Xheladini and Mon Balaj.”