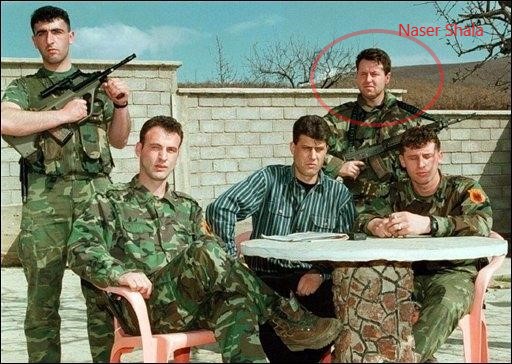 Kosovo opposition politicians and the international community have all condemned the selection of Naser Shala as head of the Kosovo Property Comparison and Verification Agency.

Naser Shala was selected by Kosovo MPs as the new director of the Kosovo Property Comparison and Verification Agency, AKVP, during a session at the Kosovo Assembly on February 28.

According to the British Embassy, his appointment was in contradiction with the assessment of the British company charged with monitoring the recruitment procedure, BDO, who said that Shala failed to meet the criteria  for employment to this position.

Shala, nicknamed ‘Ftyra’ or ‘the Face’ during the war, was a subordinate of the current deputy prime minister, Fatmir Limaj, during Limaj’s time as commander of the Kosovo Liberation Army, KLA.

The selection of ‘Ftyra’ to the top position of the AKVP is in conflict with the memorandum of understanding concluded between the British Embassy in Prishtina, the Kosovo Government and the Assembly. The memorandum requires Kosovo institutions to consider the recommendations of the British company during the recruitment of individuals to top positions in public institutions.

“Unfortunately, last week the Assembly failed to select the only candidate identified as meeting the criteria for appointment, and instead appointed a candidate who was not considered appointable according to professional assessment,” reads a statement released by the British Embassy following Shala’s appointment. “Obviously, this is a violation of the Memorandum of Understanding between the British Embassy and the Kosovo Assembly.”

According to the Embassy, the only candidate that met the criteria to run the AKVP out of the candidates that applied was Florije Kika.

Kika has worked in the AKVP since 2009. From November 2010 to July 2014, Kika was Chief of Implementation at the Agency, and since July 2014 she has been the Deputy/Executive Director of Property at the AKVP.

Shala, on the other hand, worked as the manager of the Central Pharmacy of the University Clinical Center of Kosovo, UCCK from 2004 to January 2017. Shala was indicted on 25 July 2011, together with Fatmir Limaj, by the Special Prosecution Office for War Crimes against Civilian Population and War Crimes against Prisoners of War in the Klecka Case. He was found guilty in September 2013 by the Basic Court in Prishtina.

In May 2017, the Supreme Court cleared Fatmir Limaj and others indicted in the Klecka case of all charges, including Shala.

Despite being the sole successful candidate, Kika failed to win the vote of the MPs at the Assembly, winning only 22 votes during the February 28 session in comparison to Shala’s 50.

This is not the first time Shala has attempted to work for this agency.

Last year, the Kosovo Assembly voted by secret ballot to appoint the director of the Executive Secretariat of KPCVA, in a session dated May 3, 2018.

For this position, it was again Naser Shala and Florije Kika up against each other, Shala winning 46 votes to Kika’s 40.

Nevertheless, neither candidate won enough votes for the simple majority required, and consequently, the recruitment process had to be repeated.

It was the government’s proposal to have Naser Shala in this position.

One of the key roles of the AKVP that is now being supervised by Shala is the comparison between cadaster records, meaning the listing of property, land and real estate, of duplicates from Serbia with those that Kosovo’s institutions are currently using.

It was alleged in 2016 by the Special Prosecution Office in Kosovo that dozens of socially-owned property and false assets have been legalized using the alteration of these cadastral records.

One of the major cases of property falsification was that of former KLA commander, Azem Syla. Syla, a former general commander and a PDK politician, is being tried for the “Toka” or “the Land” case, accused of falsifying ownership documents alongside more than 20 other people.

The Committee on Legislation, Mandates, Immunities, Rules of Procedure of the Assembly and the Oversight of the Anti-Corruption Agency, received the list of proposed names before the Assembly voted on the appointment of the AKVP director.

The Committee, who has the power to issue recommendations and opinions on matters dealt with through the Assembly or the Office of the President before voting procedures take place, did not support the list of proposed persons. According to the Committee, the objections to the Government’s proposal for the candidates were because of alleged political ties.

Albulena Haxhiu, chairperson of the Committee on Legislation from opposition party Vetevendosje, said that she did not support the Government’s proposal for appointing Shala as the director of the AKVP Secretariat because of his post-war activities.

“I respect each soldier but not those who have used their authority to become rich. He is a person without professional or moral integrity,” Haxhiu said.

Other members of the Committee voiced both concerns and support for Shala’s appointment.

Shkumbin Demaliaj from the Alliance for the Future of Kosovo, AAK,  reacted to Haxhiu’s comment by asking that the Committee avoid the degradation of an individual’s integrity.

“We cannot decide who is who, based on what happened during and after the war,” Demaliaj said.

Independent MP Korab Sejdiu stated that the candidates, without specifying which candidate,  are “political envoys,” and to appoint them would “cause misfortune.”

Nezir Cocaj from the Kosovo Democratic Party, PDK, came out in support of Shala. He said that the parliamentary committee is obliged to declare whether they are for or against Shala’s appointment, and not to judge the candidates.

“It would be good to avoid such labels, in particular for Shala. It is not a good idea to attack individuals,” Cocaj said.

Arben Gashi from the Democratic League of Kosovo, LDK, said that the Committee is likely to recommend the session to appoint neither of  the candidates proposed for the position, if there are doubts about their suitability for the job.

According to the British Embassy, by selecting a candidate considered unfit for the position, Kosovo institutions have shown not only a lack of engagement in the implementation of the memorandum of understanding, but also have shown a lack of commitment to the mandate and work of the AKVP.

It was also announced that the British ambassador Ruairi O’Connell resigned from the post of AKVP Board Chairman.

“As a result of this unfortunate decision, the British Ambassador has resigned from his position as the Head of the Board of the KPCVA,” the Embassy’s reaction reads.

Philip Kosnett, the US ambassador to Kosovo, wrote on twitter that Kosovo MPs “demonstrated they value cronyism more than the property rights of Kosovo citizens.”

The European Union Office in Kosovo tweeted that they were “Deeply dissatisfied with Kosovo’s Assembly’s decision to completely ignore a merit based, accountable and transparent recruitment process.”

“Great! So if qualification doesn’t really matter, how is this country going to move ahead? We need those with best heads, not those with the best network,” tweeted ambassador Heldt.