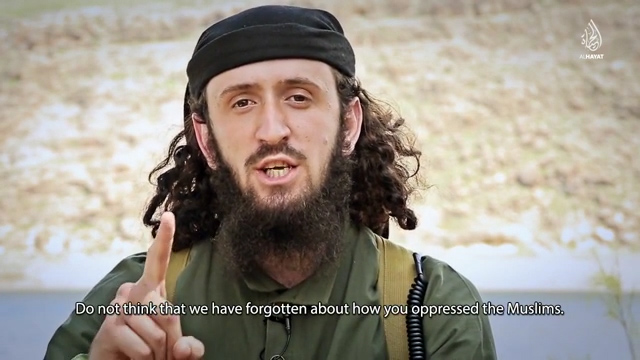 High-profile defendant Irfan Haqifi has fled while on trial for recruiting for ISIS, where his brother Ridvan is a commander. Haqifi joins other Kosovars charged with terrorism who are on the run.

A high-profile Kosovo terror suspect, Irfan Haqifi, has escaped house arrest in the recent months, with his whereabouts unknown. Haqifi is facing charges for recruiting for ISIS in the first-instance court in Prishtina.

Arrested in July 2014 and charged with “recruiting for terrorism,” Irfan Haqifi, was released from detention and placed under house arrest, after pleading guilty in September 2015.

The Basic Court told Prishtina Insight it had been informed by the police that Haqifi had escaped. “The defendant [Irfan Haqifi] has violated his house arrest and has fled to an unknown destination,” the court said. The court did not specify when Haqifi went missing but a judiciary official said the announcement of his disappearance had occurred in the “last couple of months”.

While Kosovo has conducted dozens of arrests and is trying or has already indicted over 60 terror suspects, most of the defendants have been indicted for participating in terrorist organisations and other lesser violations.

Irfan Haqifi’s indictment for recruitment stands out from the majority of cases. His brother Ridvan, a former imam from Gjilan, is allegedly the leader of Albanian fighters in ISIS.

Ridvan Haqifi gained public attention in June 2015 – three months before his brother was released from detention – when he appeared in an ISIS propaganda video in which he vowed to ‘punish infidels’ in the Balkans.

“You will be frightened and terrified in your dreams as you sleep. We will kill you with the permission of Allah. We will come with explosive belts,” declared Ridvan Haqifi, prompting Kosovo and Albania to heighten security measures and declare a state of alert.

On 3 September 2015, when the court was pondering custody measures for Haqifi and other suspects who had pleaded guilty, the prosecution also agreed to place him under house arrest.

Although there are no official numbers, most defendants who are still facing terrorism charges have been released from detention and placed under softer custody measures. The Kosovo Special Prosecution has not responded to BIRN’s repeated inquiries as to whether they had conducted any evaluation on the level of threat that specific suspects pose before the court decided on custody measures.

Kosovo does not require suspects placed to house arrest or control orders to wear electronic ankle bracelets, nor does the court limit the use of internet.

The lack of strict detention measures has made it possible for suspects to flee. In 2015, Betim Ibrahimaj, one of the suspects in the Badovc case, avoided arrest and his whereabouts remain unknown to this day.  The five other men arrested were sentenced to 49 years of jail in total for attempting to shoot a propaganda video for ISIS next to the Badovc lake. Initially, it was assumed that the suspects had tried to put poison in the lake, a main supplier of drinking water for Prishtina and its surroundings. These suspicions were unfounded.

In December 2015 another defendant, Bekim Mulolli, failed to appear for his trial in a Prishtina court, prompting suspicions of his escape and subsequent demise in Syria.

“As far as Bekim Mulolli is concerned, there are rumours that he has been killed in Syria but we cannot confirm anything about this because there is no official police report on the matter,” judge Nora Bllaca said at the time.

Mulolli was arrested in 2013 for attacking two Catholic missionaries from the US and was placed under house arrest after pleading guilty. He admitted the crime and expressed regret but the prosecution later lodged additional terrorism charges against him.

Local media have continuously reported on each case that the suspects had made it to Syria, quoting ‘anonymous sources’ from the Kosovo police or intelligence agency. Prishtina Insight could not independently verify these claims.

However, when BIRN asked Mulolli’s sister over the phone whether her brother had died fighting in Syria, she said: “He is gone for good, there is no need to call anymore.”