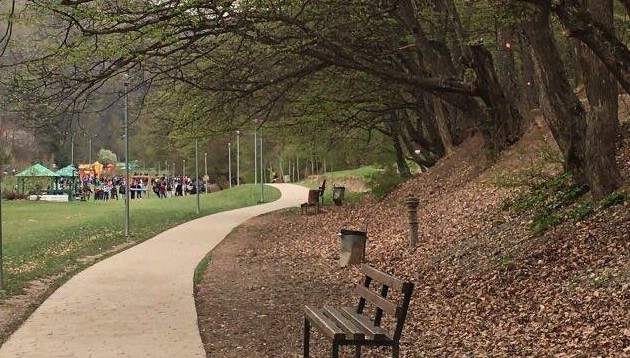 Confirmed cases of coronavirus rise to 24

Two more individuals tested positive for coronavirus in Kosovo on Friday amid questions over testing coverage, while authorities have also closed public parks to prevent the spread of the disease.

The National Institute for Public Health announced two more confirmed cases of coronavirus in Kosovo on Friday, increasing the number of those known to be infected to 24.

According to Valbon Krasniqi, a doctor at the Infectious Disease Clinic at the University Clinical Centre of Kosovo, 17 people are currently being treated at the hospital. Krasniqi has also said that the two newly confirmed cases, a 53-year-old woman from Suhareka and a 43-year-old man from Gjakova, were likely infected in Kosovo.

Krasniqi stated that the woman from Suhareka has no travel history but was recently visited by her father, who has since returned to Switzerland. The doctor added that the man from Gjakova may have been in contact with other patients in the municipality that are confirmed to be infected.

According to the National Public Health Institute, since 8 March when testing for coronavirus began in Kosovo, a total of 417 suspected samples have been tested for SARS-CoV-2 virus at Kosovo’s Molecular Microbiology Laboratory.

Government spokesperson Perparim Kryeziu has confirmed to the media that all staff within the Office of the Prime Minister have undergone testing for coronavirus, adding that all were negative.

However, BIRN discovered earlier in the week that several doctors based in Viti, still working while the municipality is quarantined, were denied the possibility to test for coronavirus. The doctors were told that they would first have to experience symptoms before a test was possible.

Following Thursday’s episode of BIRN’s televised programme Jeta ne Kosove (Life in Kosovo), two of the doctors confirmed to BIRN that they were then tested on Friday. None of the health workers had contracted coronavirus despite coming into contact with people who had tested positive.

Spokesperson for the Ministry of Health Faik Hoti stated on Friday that 1,000 testing kits are available, while 7,000 additional tests have been ordered by the Ministry.

On Friday evening, Minister of Health Arben Vitia announced a reinforcement of  measures designed to prevent the spread of coronavirus announced on March 13.

The plans include the closure of public parks between 08:00-20:00. “Kosovo police will be at all points where parks are located and no citizens will be allowed entry,” Vitia stated. The road to the Rugova Gorge in the Municipality of Peja has also been blocked by police following the government decision.

A number of parks across Kosovo, including Germia park on the edge of Prishtina and the Shkugez park in Gjakova, were reported to have received an influx of visitors last week, risking the spread of coronavirus.

Vitia also stated that cafes and restaurants that have been offering take away coffee will no longer be permitted to do so. Shops still operating will be obliged to put up signs instructing customers to keep one metre of distance between each other.

Kosovo institutions have also converted the student halls of residence in Prishtina into a quarantine area for individuals that have returned to the country from abroad.

Only Kosovo citizens or others that must return to Kosovo because of an “emergency” are currently permitted to enter the country. All are required to stay in quarantine for the next 14 days and will be tested for coronavirus before leaving.

Renowned Kosovo microbiologist Lul Raka appealed to citizens on Twitter on Friday, advising them that “discipline and care” must be taken over the next fortnight, adding that containing the virus over the next two weeks is “crucial for the lives of our loved ones.”