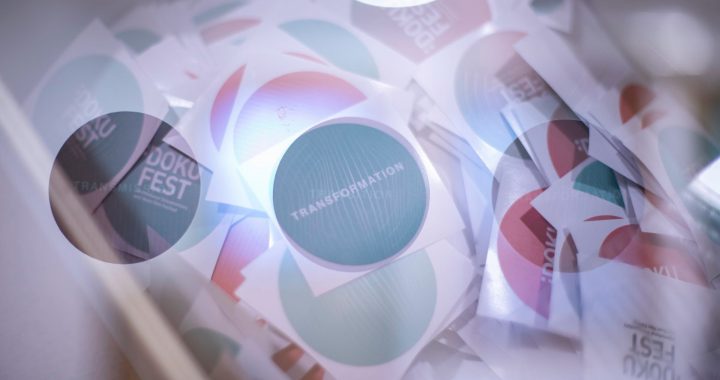 The 19th edition of DokuFest kicks off on Friday under the theme of ‘Transmission,’ with 150 films, music performances, workshops and panel discussions available to watch through DokuFest’s online platforms.

In Kosovo, Albania, North Macedonia and Serbia, 150 films will be made available to stream through DokuFest’s online cinema platform on Friday, as the 2020 edition of Kosovo’s biggest film festival goes virtual.

The team behind DokuFest took the decision to move the festival online in July due to concerns over the coronavirus pandemic. But Veton Nurkollari, the festival’s artistic director, told Prishtina Insight it would not be the same without the thousands of guests, visitors, volunteers, artists and filmmakers that normally descend on Prizren every year in the first week of August.

“There are a number of things we will miss this year, with screenings in the cinemas and amazing atmosphere in the city being probably on top,” Nurkollari said. “Also, the absence of guests already feels strange, and we will certainly miss seeing our army of volunteers around the city.”

The necessity of showcasing the festival virtually was the inspiration behind the team’s decision to make this year’s themes: Transmission, Transition and Transformation. “I believe that these three words or notions reflect in a way what is happening at the moment, both here and around the world,” Nurkollari told Prishtina Insight.

All films will be subtitled in both Albanian and English, while the ‘Future is Here’ programme, a series of 14 films made by students as part of the DokuFest film school that were finalised during the onset of the pandemic, are all free of charge and can be watched worldwide. Eroll Bilibani is the head of Dokulab, the festival’s educational department. He believes these films bring the voices of Kosovo’s youth, which must be both heard and acknowledged.

“Although faced with a challenge like never before, the collective spirit of our teenage students, guided by Blerta Zeqiri and Andrijana Stojkovic, succeeded to bring to light a wide array of exciting stories that require the undivided attention of the audience,” he said. “Their stories are personal, yet they touch a universal chord.”

To watch a film, individual film tickets, bundles and packages are available for purchase after making a personal account on the DokuFest website. There are a limited number of tickets for each film, so some may sell out.

Bilibani picked out a few of his personal highlights from the programme for Prishtina Insight. He particularly recommends “Wake Up on Mars” from director Dea Gjinovci, the first entrant by a Kosovar filmmaker into the International Feature Documentary competition.

The film tells the story of a Kosovar immigrant family, two members of whom live in a vegetative state after falling ill with a mysterious disease known as ‘resignation syndrome.’ According to Bilibani, the film “excels at focusing on the details of how one family is coping with unimaginable pain.”

The executive director also picked out “Green Blood”, a collaborative investigation worked on by 40 journalists from 15 different countries into mining companies in Tanzania, India and Guatemala in response to the censorship and violence experienced by local journalists reporting on the issue. The film will also be complemented by a panel discussion on the state of investigative journalism in the region and especially Kosovo.

Bilibani’s final recommendation is the documentary “The Earth is Blue as an Orange” by Irya Tsylik, which views the war in Donbass through the prism of a Ukrainian family’s own filmmaking process.

“The film portrays the normal life of a family in between the longlasting war and the divisions within generations in a family, but there is a common thread: Every member of the family has a passion for cinema, motivating them to shoot a film inspired by their own life during a time of war,” he explained.

The festival has also announced the first act in its series of virtual music performances, ‘Sonic Transmissions.’ Kosovo rapper Rinesance will be performing live on 8 August at 21:00, which will be streamed at DokuFest’s social media platforms. Meanwhile, the DokuTech conference begins on 15 August, a series of workshops and masterclasses that aim to explore the social implications of technological advancement and innovation.

Six talks and panel discussions have also been organised within the festival’s DokuTalks series, which will be broadcast live throughout the next few weeks. Audience members can register to watch or take part in the discussions by visiting the website.

Festival producer Alba Cakalli told Prishtina Insight that this year’s festival will be a totally new experience for the DokuFest team. “We were unable to continue with the initial plan, created before the pandemic,” she said. “As a result, we started to come up with several different options. The only decision from the beginning of the year was not to cancel the festival, at all costs.”

Cakalli revealed that the switch to an online platform was a steep learning curve. “We were facing many technical difficulties,” she said. “The whole staff had to switch to different positions and learn new skills in such a short time.”

Meanwhile, issues relating to the recognition of Kosovo as a country also caused problems. “Many of the best platforms that host festivals to promote their program online, do not recognize Kosovo, because Kosovo doesn’t have its own IP addresses and uses the codes from Macedonia, Albania and Serbia,” Cakalli said. “This problem affected our programmers the most. For them, it was very stressful to try and build a 150-film-program with separate deals with each sales agency and director.”

Like many things, DokuFest will not be the same in 2020, but Cakalli hopes their efforts can help transmit some of the world into people’s homes in the Balkans through technology. “This year we will be missing the lively atmosphere of watching films and dancing to great music in Prizren,” she said. “But we did our best to keep the audience engaged through our online platform.”

She added that the future of film festivals worldwide is likely to change as a result of the pandemic, and that most festivals will retain their online platforms. However, she insisted that DokuFest will “not lose its magical atmosphere with its open-air cinemas.”