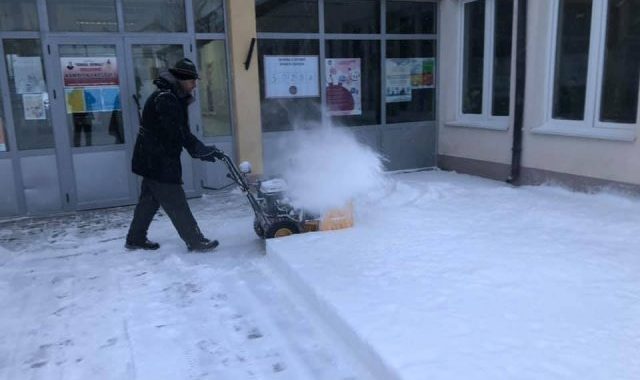 Despite the subzero temperatures and heavy snowfall, more than 145,000 voters had cast their ballots by 11 a.m. in Kosovo’s fourth parliamentary election in less than seven years.

At 7 a.m. Sunday morning, 888 polling stations across Kosovo opened as the country began the voting process for its fourth parliamentary election in less than seven years.

Kosovo’s Central Election Commission, CEC, announced on Saturday that there are nearly 1.8 million registered voters in this year’s election, while over 1.6 million ballot papers have been printed. By 11 a.m., more than 145,000 citizens had cast their vote according to the CEC, around 8.3 percent of the total number of registered voters.

In Prishtina, more than 10 percent of registered voters had cast their ballot before 11 a.m., with nearly 19,000 citizens visiting a polling station.

Turnout has been particularly high in Serb-majority municipalities, with Zvecan, Leposavic and Zubin Potok the three municipalities with the highest turnout rates. In Zvecan, turnout had already reached just over 33 percent, with more than 2,250 votes cast.

The lowest turnout rate at 11 a.m. was in the southern municipality of Dragash, where around 3.5 percent of registered voters had visited a polling station.

The CEC has also stated that the adverse weather conditions did not prevent any polling station from opening on time, despite the subzero temperatures and many parts of Kosovo being covered in snow.

PDK’s candidate for prime minister Enver Hoxhaj also voted early this morning in Prishtina, and told reporters that Kosovo faced a stark choice. “Citizens have two options: for economic recovery and political stability, or the option of fog and international isolation,” he said.

After casting his vote, outgoing LDK prime minister Avdullah Hoti encouraged people to cast their ballots. “I invite all citizens who have the right to vote to use their right and vote,” he said. “Today, the citizens have their say.”