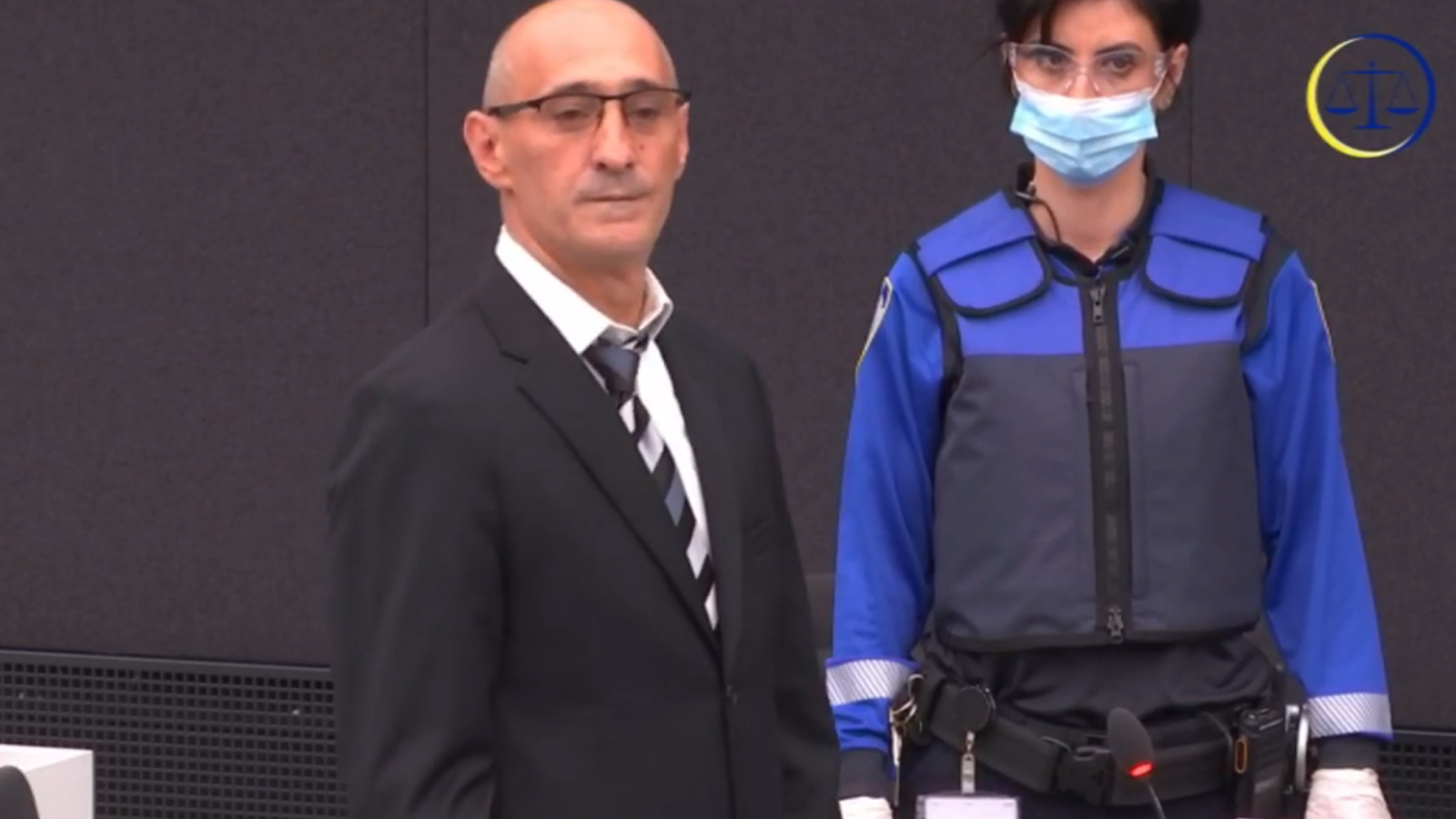 Salih Mustafa in court at the Kosovo Specialist Chambers. Photo:Screenshot

The first witness at the trial of former Kosovo Liberation Army unit commander Salih Mustafa, who is accused of illegally detaining and torturing prisoners in 1999, testified that he was beaten until he lost consciousness.

A protected witness told the trial of Salih Mustafa at the Kosovo Specialist Chambers in The Hague on Monday that he was detained in 1999 in the village of Zllash/Zlas, some 30 kilometres east of Kosovo’s capital Pristina.

Mustafa is accused of involvement in murder, torture, cruel treatment and arbitrary detentions during the Kosovo war in April 1999 at a KLA-run detention compound in Zllash/Zlas, which was allegedly run by a unit that he commanded. He is the first ex-KLA fighter to be tried by the Kosovo Specialist Chambers, and has pleaded not guilty.

The anonymous witness said he was taken to the detention site in Zllash/Zlas by people who were carrying light weapons.

“After entering, they ordered us to lower our heads. I did not dare to raise my head. I did not know who they were and what they were wearing,” the witness told the court.

“They immediately took me out, dragging me for several metres, and there they started beating me with sticks, kicking me… I lost consciousness two or three times. I have a broken finger. I also have broken teeth,” he added.

He said that after he was beaten, someone put a pistol to his head.

“I was laid down, one of them took out his gun… I heard it and I knew he was going to kill me. At one moment he pulled the trigger, but it didn’t fire. He said they should let me go because ‘he is lucky’,” the witness said.

Asked by the prosecutor who put the gun to his head, the witness said that it was the person against whom he had come to court to testify.

“That person was this man who is here [Mustafa], the one who is accused. I know he had a red hat,” the witness said.

At a previous hearing, the prosecution showed photographs of Mustafa wearing a red beret with an Albanian hawk insignia.

The witness said that Mustafa was the main figure at the detention site and that the others did not do anything without his orders.

Mustafa allegedly committed his crimes against prisoners accused by the guerrilla fighters of collaborating with enemy Serbs or not supporting the KLA’s cause.

The witness told the court that he was detained because he was “accused of collaborating with the Serbs”.

“I was a poor man, I was selling wood with a horse. I didn’t have another choice but to talk to any Serbs because I had to make living for my family,” he explained.