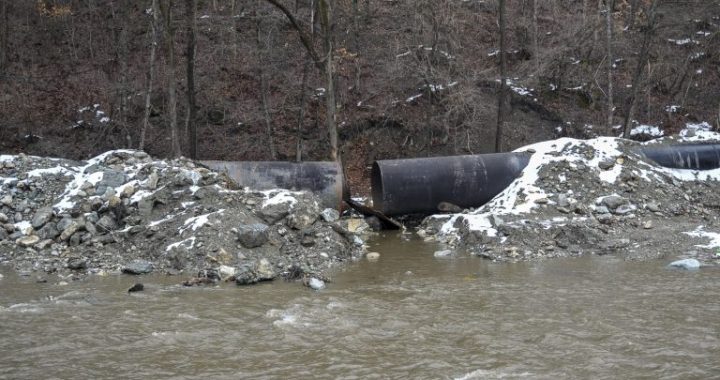 All ongoing construction work impacting Kosovo’s water resources has been suspended following an order from the Ministry of Economy issued on Sunday afternoon, after reports suggested that construction of hydropower plants in Lepenc river was continuing.

The Ministry of Economy took the decision on Sunday to suspend all construction work affecting water resources while the country is experiencing the public health emergency caused by the spread of the coronavirus.

The decision includes a ban on all activities that would jeopardise Kosovo’s water resources, including construction on rivers, the construction of dams, deviation of water sources, and other construction that can affect the water supply and its surrounding environment.

Sunday’s decision amends the ministry’s order from March 23, which outlined the economic activities that are prohibited from operating while the outbreak is ongoing, including large parts of Kosovo’s service industry and construction sector.

The decision comes after residents of Lower Biti complained earlier this week that construction of one of the hydropower plants was taking place along the Lepenc river despite government measures restricting movement being in place.

On Wednesday, a coalition of civil society organisations demanded that construction be halted. The coalition emphasized that the projects underway along the river are cutting off the water supply for the inhabitants living near the water and threatening the livelihoods of those that use the water for agricultural and irrigation purposes.

“While life and activity in many areas have ceased due to the pandemic, private companies are quietly continuing the completion of projects for the construction of small hydropower plants,” the statement reads.

On Saturday, the Kosovo Renewable Energy Association, a group of companies that represent the interests of developers with renewable energy projects in Kosovo, called on the government not to halt construction of the hydropower plants.

“The projects have been built, or are being built mainly in unexploited mountainous areas with minimal social and environmental impacts,” the letter addressed to Prime Minister Albin Kurti and Minister of Infrastructure and Environment Lumir Abdixhiku stated.

The letter emphasizes that all hydropower construction projects have been issued permits and received final authorisation for their completion, claiming that their construction is in line with EU regulations on developing an internal energy market.

“The projects are constructed or underway mainly in unused mountainous areas, with minimal social and environmental effects,” the letter reads, adding that even if the projects do have an adverse impact, all are located far from sources of drinking water.

The association also stated that it is ready to pursue legal action if any decision taken would cause damage to investors, warning that such action would cause a “large” expense to the government as the construction of hydropower plants is “in accordance with applicable law.”