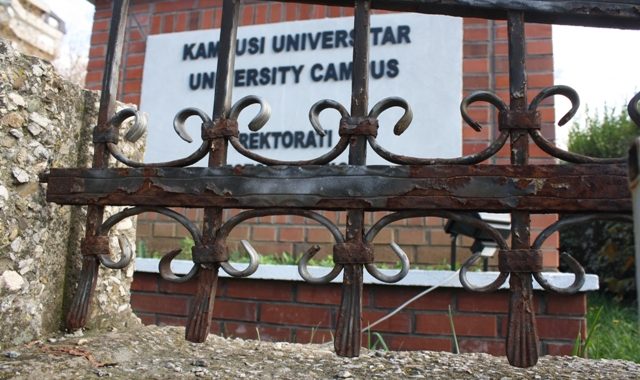 Despite using a fake name and fake university, the Organization for Improving the Quality of Education, ORCA, managed to publish a fictitious research paper in a journal that has previously featured University of Prishtina professors, allowing them to qualify for academic promotion.

A reportedly fraudulent academic journal is being used by economics professors at the University of Prishtina to publish research in order to qualify for promotion, according to the Organization for Improving the Quality of Education, ORCA.

The organization revealed on Tuesday that in November the journal published a paper that ORCA had submitted, which was littered with mistakes and presented by a fictional academic from a fictional university in Tirana. The International Journal of Research in Business and Science accepted the research paper from ‘Andrra Qielli,’ whom ORCA told the journal’s contact person, Ymyt Hacioglu, is a professor at Triumph University in Tirana, which does not exist.

ORCA’s Director, Rron Gjinovci, said at a press conference on Tuesday that ORCA decided to verify the journal’s credibility after receiving numerous complaints about the process by which professors are awarded promotion at the University of Prishtina. Academics are required by the University of Prishtina to have published one, three or five papers in order to attain the ranks of assistant professor, associate professor and professor respectively.

A candidate for promotion at the university, Albana Berisha Qehaja, informed both ORCA and the University of Prishtina of the fraudulent nature of the process due to papers being published through the journal in question.

Gjinovci said that it took only three days to have Qielli’s fictitious paper published in the journal, and two days to be paid 110 euros for its publication, with intentional referencing and grammatical errors made using Google Translate included.

“In addition to the many linguistic and contextual errors inherent in automatic translation, other deliberate errors were made in quotations, methodologies, results and interpretation, discussion and conclusions, and a host of errors in references,” Gjinovci said.

Gjinovci added that the journal misleadingly backdated the process of review and publication of Qielli’s fictitious paper. “The journal falsely explains that the work was sent on September 4, while final improvements were made on September 29, and published on October 9, one month before the journal was first contacted,” he said. ORCA sent the paper for review on November 9, received 110 euros in payment for the paper on November 12, while the paper was published by November 13.

The information included in the journal’s publication is false and misleading, said Gjinovci, and professors using it to achieve promotion at the University of Prishtina compromises the entire process of academic advancement at the university. “Here in black and white is the magazine where current candidates for promotion have been deceptively publishing works with completely inadequate content, and even manipulating publication dates,” he said.

According to ORCA, there are two candidates presently in line for promotion that have been published in this journal, the Dean of the Faculty of Economics, But Dedaj, and candidate for the position of assistant professor at the same faculty, Sevdije Alshiqi.

Dedaj defended his decision to publish work in the journal in question, stating that it must be valid as it is accessible on the digital peer-reviewed research publication platform, the Directory for Open Access Journals, which has been recognized by the University of Prishtina.

“We receive different emails every day from various scientific journals with invitations to publish. If they are on platforms that are acknowledged by the rules [set out in the guidelines for academic publication by the Senate of the University of Prishtina] then the journal should be acceptable,” said Dedaj for KTV. “What other criteria is there for us to know whether they are problematic journals, except to check if they are on acceptable platforms? I have 10 more articles in the process of being published in various scientific journals and I want all of them to be published.”

According to ORCA’s 2017 report titled ‘The Academic Integrity of Professors of the University of Prishtina,’ there is significant practice of open access journal publishers offering academics fast publication of articles in exchange for payment, with the journals financed by publishers accepting fees from the professors themselves prior to publication.

“It is clear that scholarly publishing is unstable now,” the report reads. “Financial transactions between authors and publishers have led to corruption in publishing and in science, so we need to find a way to restore integrity to academic journals.”

ORCA have requested that the Senate of the University of Prishtina immediately place the International Journal on Research in Business and Science on the list of fraudulent journals.

This would not be the first time that the Senate has declared a journal fraudulent. In September, the Senate classified the International Journal of Pharmaceutical Sciences Review and Research as “fictitious,” barring University of Prishtina staff from continuing to publish research through the journal.

ORCA also demanded that the Senate exclude candidates who have published in this journal from the possibility of advancement of promotion. According to KTV, the University of Prishtina has promised that all rules and good practices related to the employment process will be followed.