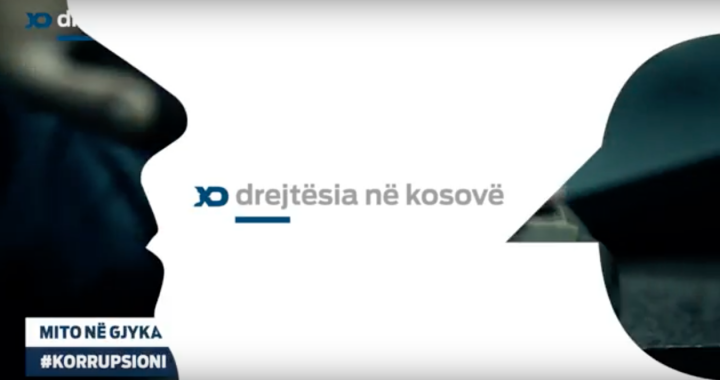 The ad for tonight’s Justice in Kosovo show resulted in the arrest of the son of Peja judge, caught on tape taking a bribe.

Only 16 hours after the TV ad aired for Justice in Kosovo’s latest episode, to be broadcast on RTK on Friday evening, the Prosecution in Peja authorized a raid in the house and offices of the overseeing judge in Peja, Safete Tolaj.

On Friday morning, police also arrested Fisnik Tolaj, the judge’s son, at his house in the village of Prilep in Decan. In the meantime, BIRN was told, offices in the Decan courthouse are also being searched.

On Thursday, the BIRN television program Justice in Kosovo released a short teaser, notifying the audience that it would broadcast evidence corroborating allegations that the son of judge Tolaj was corrupt.

Allegations of corruption regarding this case were reported on the anti-corruption platform Kallxo.com 18 months ago. After months of investigations and interviews, Justice in Kosovo will be broadcasting the gathered footage this evening.

Video footage obtained by Justice in Kosovo shows Tolaj’s son taking money and negotiating the transfer of ownership of a land plot in exchange for resolving a court case in favor of the Kelmendi family.

Furthermore, the video shows Fisnik Tolaj discussing “his network” and promising the family members that he knows judges and lawyers in the Appeals Court who would be able to decide in their favor.

The full footage, which will be broadcast tonight at 10:20 pm, shows family members giving Tolaj a bribe.