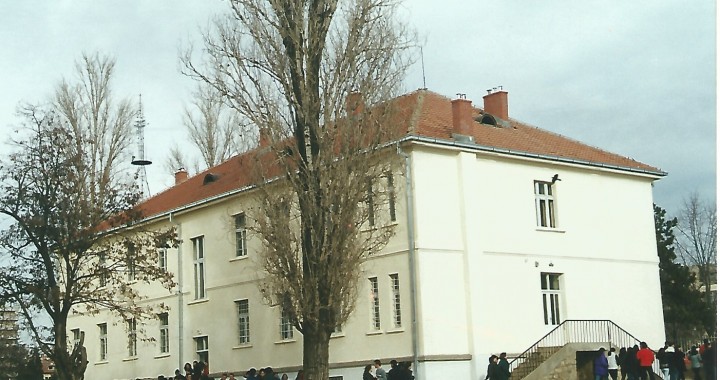 Kosovo commemorates its parallel schools of the 1990s

Educators marked the 25th anniversary of the establishment of the 1990s Albanian parallel education system.

In a commemorative gathering, the Minister of Education, Arsim Bajrami compared the period of “education resistance” and the education in a “free Kosovo,” saying that the 1990s were proof that education can overcome all barriers, including poor infrastructure.

Meeting educators and other benefactors of the parallel system which was established in 1992, Bajrami lauded their contribution.

“Remembering this time of survival, I see a lot of protagonists here. We must be determined today that if we kept the Albanian schools going in survival conditions, it is our duty today to work hard in our freedom too, when we have the state that you sacrificed for, to build a quality education as a step for Kosovo to progress,” said Bajrami.

In 1990, while Kosovo was still part of Yugoslavia, Belgrade mandated that all schools in Kosovo be segregated and changed curricula to remove references to Albanian history, literature and culture. On January 20, 1992, the Albanian education resistance started with organized classes in private homes by homeowners, teachers and school directors of goodwill who worked initially without compensation.

By Spring 1992, education for Albanians had moved to a completely parallel system, with some 100,000 students attending school in 3,200 private homes, from primary school to university. Teachers and students participated at great risk, as the Yugoslav regime made it a crime to teach at or attend parallel schools. The education system became one of the first parallel institutions of Kosovo, funded by voluntary contributions of Kosovars at home and abroad, and a symbol of the kind of state that could be created if everyone pulled together. Its diplomas, stamped with “Republic of Kosovo,” were a major source of pride.

Lessons in Resistance: Kosovo’s parallel education system in the 1990s

Professor Halim Hyseni called for commemorating this date, but not to refer to it as a parallel education system because according to him, the system of home schools was legitimate.

“It wasn’t a parallel system like it is usually called but it was a state system: well organized and articulated. The parallel system was Serbia’s system because it was organized in opposition to all normative acts and the then-Kosovo constitution,” said Hyseni.

Professor Hajrullah Koliqi, who was as a teacher during that time, told PI that the enthusiasm for teaching is not the same today as it was 25 years ago.

Independent Kosovo has struggled to improve its education system, which is overburdened and underfunded. In 2016 Kosovo ranked last among 72 countries taking the PISA test, which measures the math, science and reading skills of high schoolers.