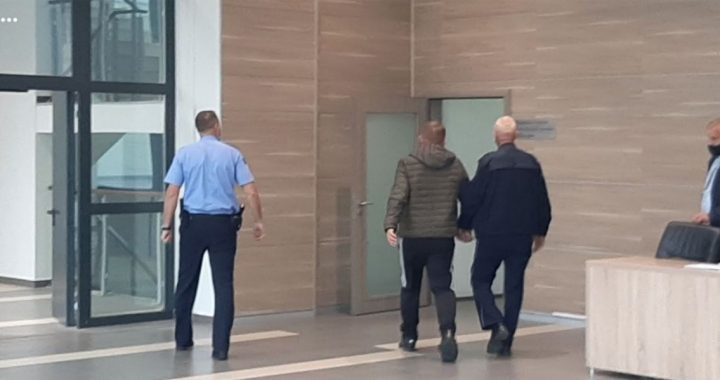 Five Kosovo Albanians, alleged to be radical Islamists, were remanded in custody for 30 days after being arrested on suspicion of planning to stage terrorist attacks in the country.

Prosecution documents obtained by BIRN show that the five suspects are alleged to have had different roles within the alleged terrorist group – four of them are suspected of planning attacks while another is suspected of the unauthorised import, export and supply of weapons and explosive devices.

The documents claim that the five men were part of a radical Islamist group. All of them have been arrested before for being members of such groups, the documents say.

It’s alleged that since March 2021, they have been trying to build an organisational structure to commit terrorist attacks in Kosovo.

“By contacting a high-ranking person within the structure of terrorist organisation, ISIS [Islamic State]- External Office, [one suspect] was engaged in providing hand grenades, explosive and firearms with ammunition aimed at committing terrorist acts in Kosovo,” says the document that launched the investigation, dated August 27, 2021.

One of those arrested, Ardian Gjuraj, was sentenced to a year and five months in prison for terrorism in February 2018 but was released after five months by the Court of Appeals.

His indictment specified that while living in Germany during 2014-2015, Gjuraj became a supporter of the so-called Islamic State.

His father, Kujtim Cerkini, reported Gjuraj to the police and the German authorities extradited him to Kosovo in April 2015.

According to the same indictment, in December 2015, Gjuraj was part of a group that travelled to Turkey and, after becoming separated from the group, entered Syria to join a group of Kosovo fighters within Islamic State.

The indictment said Gjuraj was then arrested in February 2016 by the Turkish authorities when he illegally crossed the Syria-Turkey border.

More than 260 Kosovo Albanians, including fighters and their family members, have been repatriated from the conflict zones of the Middle East since 2019; however, many of those who went to fight lost their lives there.