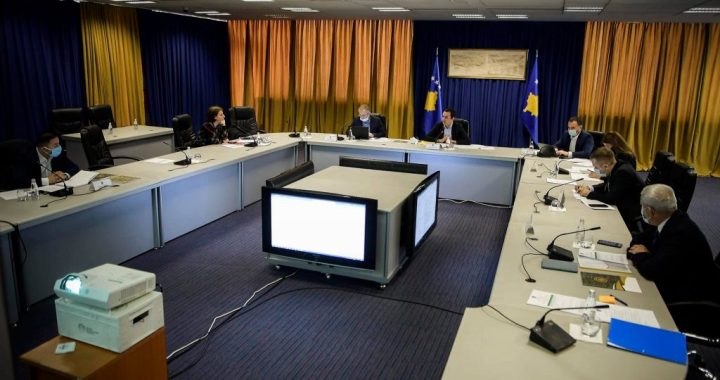 Opposition says it is wrong for government officials to campaign over the border in Albania’s election while at the same time tightening anti-COVID restrictions at home.

Numerous rallies held by Kosovo officials in Albania over the weeked at a time when Kosovo has tightened its measures to fight COVID-19 have drawn criticism from the Kosovo opposition.

On April 6, Kosovo closed all bars and eateries until April 19, in a bid to curb the number of COVID-19 infections.

While these restrictions were being installed, more than 29,000 Kosovars were reported to have crossed to Albania over the weekend, questioning the rationale behind the measures.

Over the weekend, numerous activists from the ruling Vetevendosje party, including MPs and government officials, such as the Minister of Environment, Spatial Planning and Infrastructure Liburn Aliu, physically joined the Albanian parliamentary election campaign, in which Vetevendosje is running with three candidates for the parliament in Albania.

“The government has abandoned its people,” Abdixhiku wrote on social media. “At the peak of the health and economic crisis, the authorities elected to lead here have chosen to be a protesting opposition and campaign in another country,” Abdixhiku wrote.

On Monday, Abelard Tahiri of the Democratic Party of Kosovo, PDK, accused Prime Minister Albin Kurti of failing to deal with the consequences of COVID-19.

“Unfortunately, in the last 20 days alone, 212 citizens lost their lives to the virus,” Tahiri said in a press conference.

“The only thing that the Prime Minister has done is issue an order to isolate Kosovo citizens while ministers and MPs from his party went to Albania for the election campaign,” Tahiri added.

While BIRN contacted Perparim Kryeziu to respond to these claims, the government spokesperson declined to comment, stating that the government would issue a press release later on the matter.

Kosovo received 24,000 doses of the AstraZeneca vaccine at the end of March as part of the World Health Organisation’s COVAX programme but the government has failed to purchase any further doses as yet.

Nearly 14,000 coronavirus cases remain active in Kosovo, while more than 4,300 new cases were recorded in the last seven days.