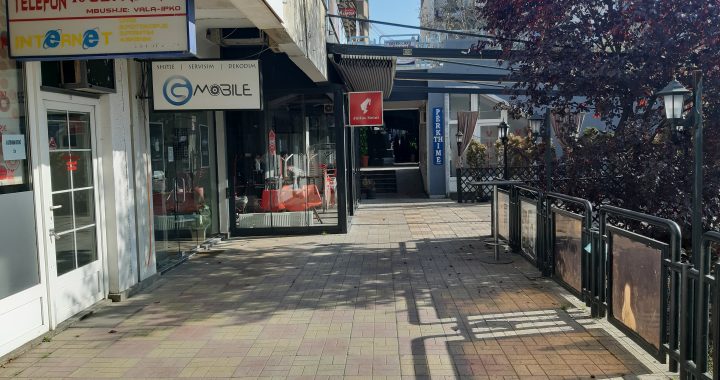 Owners of restaurants and cafés in Kosovo threatened protests after the government decided to close eateries and bars in reaction to a surge of coronavirus infections.

The Association of Kosovo Gastronomers, which represents restaurant and café owners, expressed anger after the government announced the imposition of a movement restriction between 10pm and 5am and the closure of eateries and bars until April 18 in a bid to tackle rising COVID-19 infections.

Other large gatherings, including weddings, workshops, seminars and family parties, remain prohibited, as do gatherings of more than ten people in squares, parks and other public places.

Bars, restaurants and coffee shops are barred from opening to the public until April 18 and only takeaway services will be available.

All travellers entering Kosovo will need to present a negative PCR test no older than 72 hours, apart from those who sign a declaration that they will leave Kosovo’s territory within three hours.

All higher education institutions are obliged to hold online lessons until April 18, while elementary and secondary schools will go online between April 12 and 18. Kindergartens will stay open, however.

The Association of Kosovo Gastronomers was angered by the government’s suggestion that cafés and restaurants have been one of the key sources of the spread of coronavirus.

It warned that after the 12-day shutdown, protests might be called if businesses suffer financially.

“For these 12 days, we will demand subventions for salaries and rents, and grants [from the government],” it said in a statement.

Veton Zuka, the deputy head of the Association of Kosovo Gastronomers expressed discontent with the decision and warned that after April 18, despite the upcoming decision by the government, the Association has decided to be operational and blamed political parties for spreading the virus during the February 14 election campaign.

Zuka blamed political parties for spreading the virus during their campaign for the general election in February, and warned that the restrictions must end on April 18.

“Any other decision but opening up our business will meet disobedience as political parties have lost the legitimacy to take decisions to close our premises when they held electoral [rallies] with 2,000 or 3,000 people,” Zuka told Prishtina Insight.

Hana Xhemajli, an independent researcher on health policy, also said political parties are partly to blame for the rise in infections but added that everyone has to take responsibility for tackling the threat.

“It is major hypocrisy from political parties to introduce the measures, knowing their role, but we are all to blame – politicians, restauranteurs and we citizens for not respecting the COVID-19 measures,” Xhemajli told Prishtina Insight.

More than 14,020 cases with coronavirus remain active in Kosovo, while nearly 4,000 new cases have been recorded in the first days of April.

Xhemajli said however that the new restrictions have not been well thought-out, and despite the need for such measures, the government has not produced a clear plan for what will happen after the 12 days of lockdown and shutdowns.

She also urged the government to focus on mass vaccination. Kosovo received 24,000 doses of AstraZeneca vaccines at the end of March as part of the World Health Organisation’s COVAX programme but the government has failed to purchase any further doses yet.