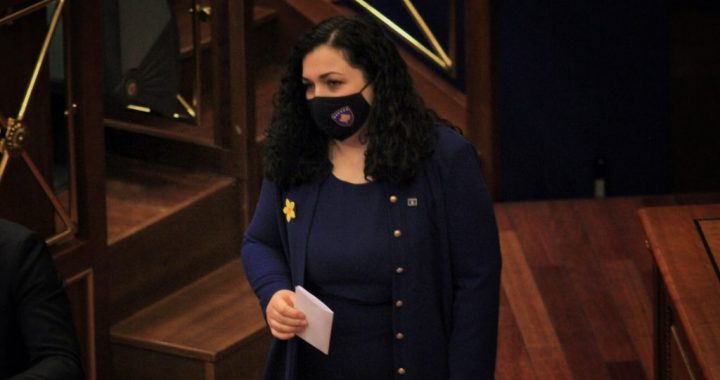 The Kosovo Assembly has elected Vjosa Osmani as the new President of Kosovo after she received 71 votes in the third round of voting.

Vjosa Osmani has been elected as Kosovo’s fifth president since the country declared independence in 2008.

Osmani received 71 votes in the third and final round of voting at the Kosovo Assembly on Sunday, after failing to win the required two thirds majority in the first two rounds. A simple majority was required in the third round, while failure to elect a president would have triggered early elections.

In the third round, Osmani’s only rival candidate, Nasuf Bejta, who ran alongside Osmani as part of the GUXO initiative in February’s elections, received no votes, while 11 votes cast were invalid.

A former Speaker of the Assembly and LDK candidate for prime minister, Osmani served as acting president between November 2020 and March 2021 after President Hashim Thaci resigned to face an indictment for war crimes at the Kosovo Specialist Chambers in The Hague.

After being dismissed from LDK’s leadership in June 2020, Osmani formed GUXO, which ran in coalition with Vetevendosje at the February 14 elections. Announced as Vetevendosje’s unofficial candidate for president, the 38-year-old became the most voted candidate in Kosovo electoral history, receiving over 300,000 votes.

Her election as president on Sunday took place in a resumed session of the Kosovo Assembly, after two initial attempts to hold the vote failed on Saturday night due an insufficient number of MPs participating. According to the Kosovo Constitution, a quorum of 80 MPs is required for a vote on the presidency to be valid.

MPs from PDK and Srpska Lista boycotted the vote entirely, as did the majority of AAK’s parliamentary group, although Albena Reshitaj broke ranks to participate in the ballot. Adelina Grainca of PDK is also reported to have participated in the second and third round of Sunday’s vote.

Hoti, Selmanaj and Veliu continued to boycott the vote on Sunday. However, the participation of two MPs absent from Saturday’s session, Adem Hodza, of the Unique Gorani Party and Fadil Gashi of Romani Initiative meant there were enough votes to ensure the validity of the process.