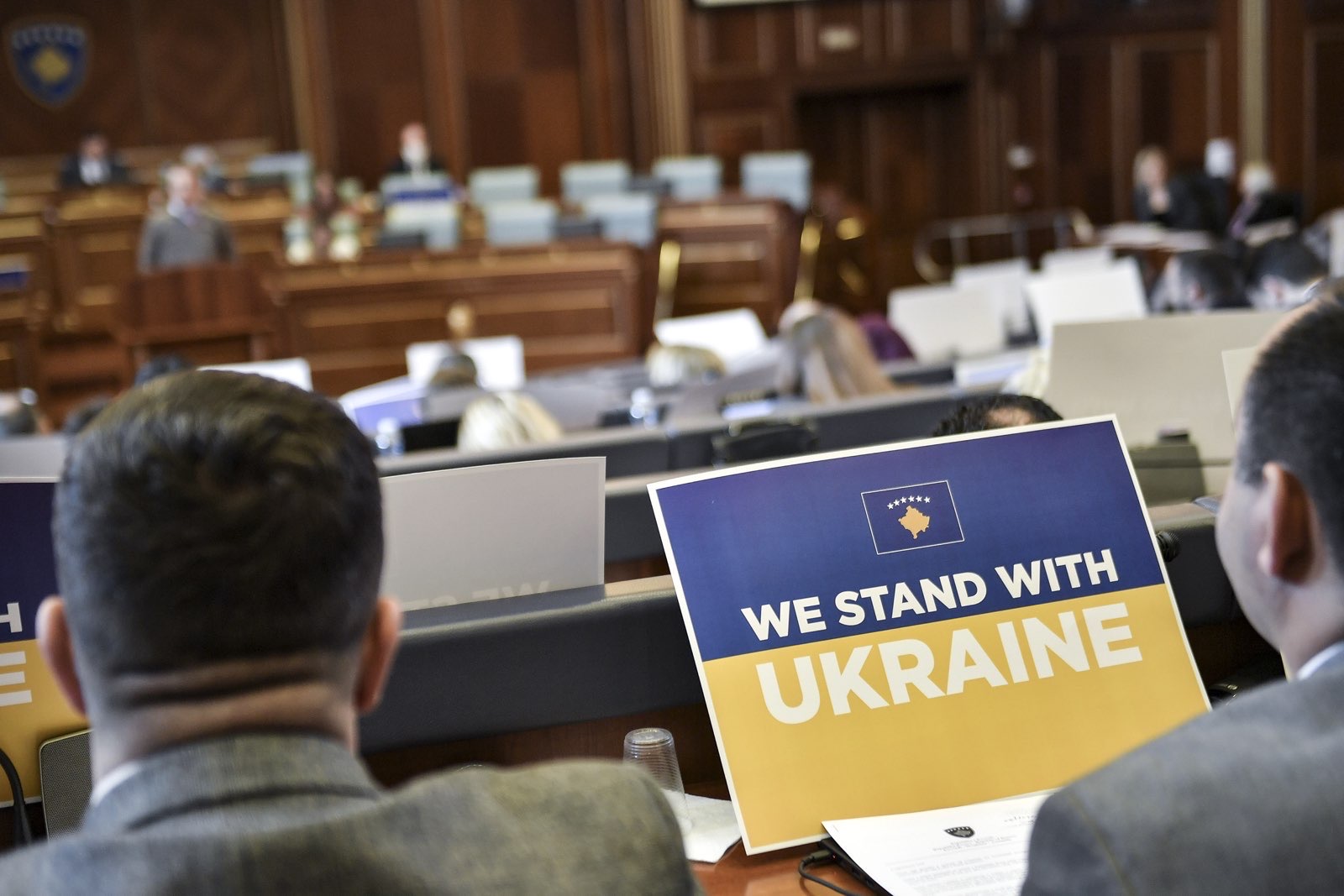 Assembly on Thursday adopted resolution denouncing invasion on Ukraine and urging the government to take in up to 5,000 refugees.

Kosovo MPs voted heavily to condemn the Russian invasion of Ukraine with 94 votes in favour and none against and no abstentions. Deputies from the main Serbian party, Serbian List, left the chamber shortly before the vote took place, however.

“The Assembly … strongly condemns the illegal, unprovoked and unjustified military aggression and invasion by the Russian Federation of Ukraine, and the involvement of Belarus in this aggression,” the resolution said.

The resolution asked the government to allocate a special fund for assistance to the Ukrainian people, and express readiness to take in up to 5,000 refugees from Ukraine.

At the start of the session, the deputies were shown placards with the inscription, “We stand with Ukraine”, on them. Deputies from Serbian List turned them upside down.

“We have strongly condemned and continue to condemn Russian aggression. The protagonist of this terrible war believes in the resurrection of a dead empire. It does not represent a progressive ideology, cause or movement. It is simply the product of a deeply corrupt system that has produced an angry autocrat for the present and nostalgica for the past,” Kurti said.

The leader of the Democratic League of Kosovo, LDK, Lumir Abdixhiku, said the MPs’ resolution aligned Kosovo with other democracies.

He also said that Kosovo should go one step further to help Ukraine. “We have asked the government to allocate a special fund to help Ukraine. We have asked [it] also to shelter 5,000 Ukrainian citizens. Ukraine is defending more than the sovereignty of that state. All human values ​​of freedom, peace and justice are being defended in Ukraine for eight days now. Kosovo also stands for these values,” he said.

The government previously approved a decision to host 20 Ukrainian journalists for up to six months.

On March 2, the UN General Assembly voted overwhelmingly for the resolution condemning Russian aggression against Ukraine. The vote was 141 in favour, five against and 35 abstentions.