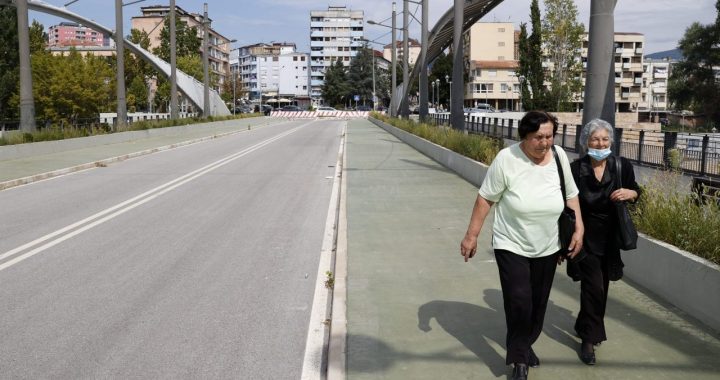 Kosovo Albanian parties are mulling calls to unite behind a single mayoral candidate in two Serb-majority municipalities where the Belgrade-backed party usually wins by a landslide.

In a bid to break the domination in two Serb-majority areas of the Belgrade-backed Srpska Lista party in local elections, Kosovo Albanian parties are considering uniting behind a single candidate as the deadline for submission of political entities closes on August 16.

On Friday, Erden Atiq, a local Vetevendosje leader in the mainly Serb North Mitrovica, spoke about a potential agreement between the Albanian parties to field a single mayoral candidate for the October 17 local elections.

“We have not finalised the agreement yet but we agreed that I will be the candidate for mayor and we will have a single list for the municipal assembly,” Atiq told BIRN.

In North Mitrovica’s last mayoral election in 2019, Goran Rakic of Srpska Lista won hands down with 90 per cent of the votes.

“I cannot speak about the results but we expect to bring together the votes of Albanian voters [in North Mitrovica],” Atiq said.

Since its establishment in 2013, Srpska Lista has won all local and parliamentary elections in Serb-majority municipalities in Kosovo. The party has the strong support of Serbia’s President, Aleksandar Vucic.

North Mitrovica is not the only municipality where Albanian parties are trying to challenge Srpska Lista with a joint mayoral candidate. On Thursday, Abdyl Gashi, head of Vetevendosje in Novobrdo, said the unification of Albanian parties behind a single candidate there was “very necessary.”

“When little time remains for this initiative to be realised, I call on Albanian political parties to be more rational and conscious and unify around an initiative which will win all [the seats], especially Novobrdo,” Gashi said on his Facebook account.

In the 2017 local elections, Svetislav Ivanovic from Srpska Lista won there in the first round with 59.4 per cent of the votes. However, only the Democratic Party of Kosovo, PDK, has signalled its support for the initiative so far. Bajrush Ymeri, head of the Democratic League of Kosovo, LDK, in Novobrdo told BIRN that no such agreement is in sight.