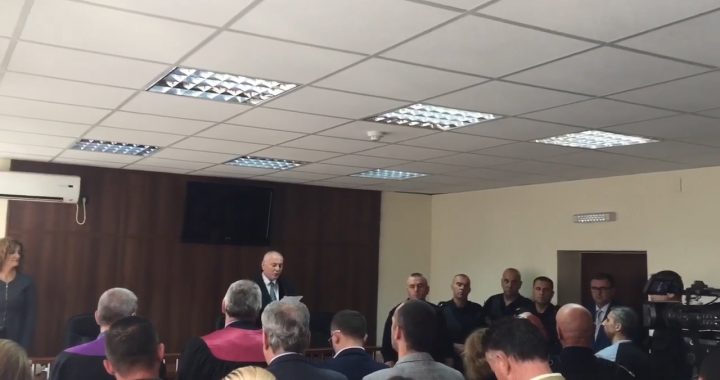 The Basic Court in Gjakova sentenced Pjeter Nrecaj on Friday to 24 years in prison for the murder of his former wife and nine-year-old daughter in Gjakova in early August.

After admitting guilt during a court session a few days ago, on Friday Pjeter Nrecaj received a prison sentence of 24 years for the murder of his former wife, Valbona Nrecaj, and his nine-year-old-daughter in Gjakova on August 7.

Before the incident, the victim had reported Nrecaj to the police for beating her in May 2018, and he was kept in custody by the police until early June.

The day of the murders, the victim had sought help from the police five hours prior to the incident, claiming that her husband was sending her threatening messages, but the police ultimately failed to find Nrecaj.

On the evening of August 7, Nrecaj shot and killed both his wife and his daughter with an automatic rifle. While admitting his guilt during a session on Wednesday, Nrecaj said “although I killed my daughter accidentally, I admit guilt because I feel remorse”.

On October 24, case prosecutor Agron Matjani and Nrecaj’s attorney Fehmije Zhubi were given a week to negotiate a guilty plea by judge Gezim Pozhegu. Despite Nrecaj admitting to the judge that he murdered his wife and daughter two days before his sentence was announced, Matjani said that the defense were not able to reach an agreement with the prosecution on the plea bargain.

“We started negotiations, but we did not reach an agreement due to procedural reasons,” he said.

Nrecaj received 23 years for the murder of his former wife and daughter, and two years for unlawful possession of a firearm, with the judge sentencing him to a total of 24 years in prison. The victims’ family will request reparations from the convicted through civil procedure.

Nrecaj was indicted in late September, with the state prosecution saying that “the accused went to the victim’s brothers’ house, shooting in the direction of the house with an automatic rifle, as well as shooting his wife and daughter, who later died from the injuries.”

In early September, the Police Inspectorate of Kosovo, IPK, proposed the suspension of three policemen employed at the Police Station in Gjakova as part of an investigation into alleged negligence regarding police action prior to the murders in the case.