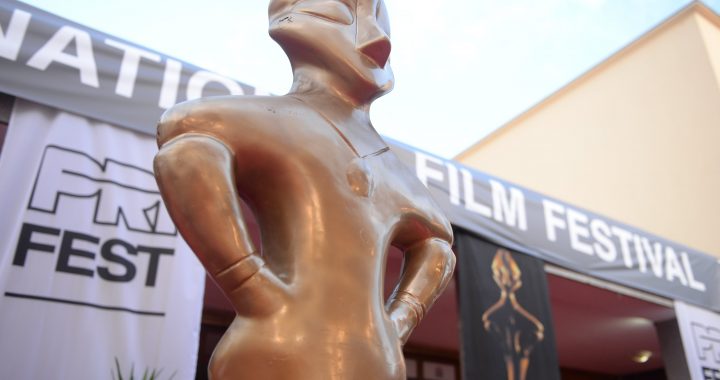 PriFest's award resembles a golden Goddess on the Throne. | Photo courtesy of PriFest.

PriFest rolls out the red carpet

The eleventh edition of PriFest kicks off on Tuesday, a film festival set in the heart of Prishtina drawing filmmakers, actors, directors and producers from across Europe to showcase more than 300 films from July 16 to 21.

According to Vjosa Berisha, the director of the festival, PriFest is organized every year in response to the need to “revive Kosovo’s rich cultural life following years of repression and war.”

“PriFest’s film program offers the audience every year the newest films from Europe, the Balkans and the world, with addition special programs that promote human rights, tolerance and acceptance for marginalized groups of society,”  said Berisha.

“PriFest is an opportunity to young filmmakers from Kosovo, who because of the visa regime, have big limitations to travel freely in Europe and elsewhere, to meet filmmakers and experts from the region and Europe that visit the festival and increase their chances to network and co-produce their films.”

The festival also features PriBeats, an electronic music event series that will be held during the evening of the festival, featuring DJs from the region.

According to Berisha, “It is the only festival in the Balkan that has a special program of films with the LGBT theme which is done in partnership with Outfest in Los Angeles.” The Let it Be program will feature films with an LGBTQ+ focus throughout the week at Kino Armata.

The festival prioritises fostering cooperation and building relationships between the film industry in Kosovo and those from abroad, hosting a range of networking events throughout the week under the name PriForum.

“Besides films, the festival has a very good regional development platform that offers training, lectures, inspirational masterclasses from distinguished guests and other opportunities for filmmakers from Kosovo and the neighboring countries to benefit from,” said Berisha.

One such program, KinoKabaret, provides filmmakers, directors, actors and producers the opportunity to make zero budget short films during the festival itself, which will be screened on Saturday evening.