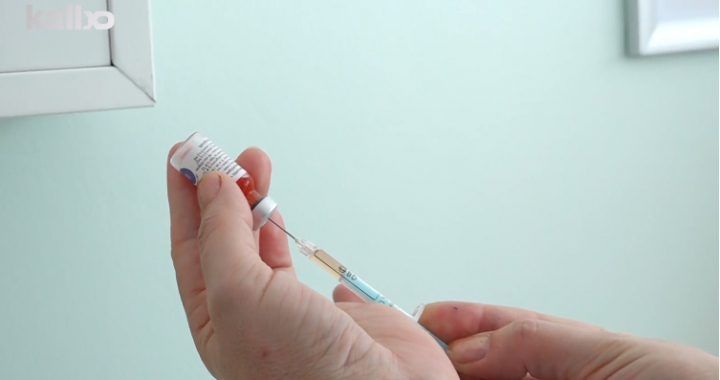 The apparent arrival of COVID-19 vaccines from Serbia in Serb-majority municipalities in the north of Kosovo – without any consultation with authorities in Prishtina – has outraged government ministers and alerted prosecutors.

The Kosovo Prosecution has said it is investigating how COVID-19 vaccines had reached the Serb-run north of the country from Serbia without the knowledge of the country’s own institutions, the Chief Prosecutor in the municipality of Mitrovica, Shyqyri Syla, told BIRN on Monday.

According to Syla, “drug smuggling and … unauthorized medical assistance, because they need an authorization from us to act,” would constitute a serious crime.

In a Facebook post on Sunday, Foreign Minister Meliza Haradinaj-Stublla accused Serbia of violating Kosovo’s national security, saying it had “undermined the whole process and the achievements of the normalisation of relations between Kosovo and Serbia both in Washington and also in Brussels.”

“Serbia’s clandestine intervention in the Republic of Kosovo, by illegally introducing a certain number of unverified pharmaceutical products, as well as their administration through parallel structures in the north of the country, constitutes a flagrant violation of the Agreement on Customs Stamps and Reciprocal Recognition of Pharmaceutical Certificates, achieved in 2015 in the process of the Technical Dialogue,” Haradinaj-Stublla wrote.

Kosovo Justice Minister Selim Selimi also considered the import of vaccines from Serbia a threat to “national security.” He made a public request to the prosecution and the police via a Facebook post on Saturday, that “smuggling routes be investigated and territorial integrity protected.”

Selimi added that while “humanitarian issues are our roadmap, they need to be done through official ways as two states. We do not have citizens of the first or second category. We are all Kosovars and as such we are subject to only one constitution and one law.”

The arrival of vaccines against COVID-19 in the Serb-majority municipalities of Kosovo was done through illegal channels according to the Kosovo government, as there is no evidence that they came through any official route.

On Saturday, the government pledged that “Kosovo institutions will take the necessary legal measures against persons involved in this illegal activity such as drug smuggling.”

On Friday, Serbian President Aleksandar Vucic announced that citizens of Serb-run northern Kosovo would be vaccinated against COVID-19 without any mention of Kosovo institutions. “Vaccination has started in Leposavic. Today it will arrive in Mitrovica,” he said. “This vaccine is for people over the age of 75. Let’s protect them first, and then the others.”

On Monday, Vucic stated in a press conference that Serbia had not violated the Brussels Agreement by distributing medicine.

“Did anyone ask Ms. Haradinaj which point that Belgrade violated?” Vucic said. “Is there anyone who can show which point we violated? Of course we did not violate any of them.”

A press release from the Office of acting Prime Minister Avdullah Hoti earlier on Monday stated that Hoti had discussed the issue with EU enlargement commissioner Oliver Varhelyi.

“Regarding the provision of the vaccine against COVID-19, Mr. Varhelyi assured Prime Minister Hoti that a quantity of it will arrive in Kosovo at the same time as in other Western Balkan countries,” the statement added.