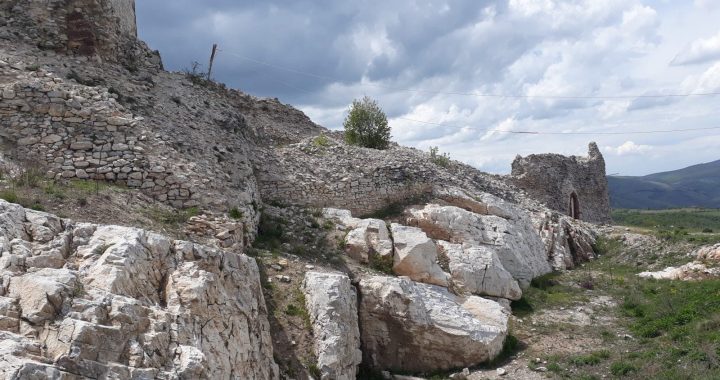 Kosovo prosecutors have indicted a Serbian company for damaging one of the country’s most famous monuments in what it calls faulty restoration work.

The indictment obtained by BIRN charges the Belgrade-based Koto company with using excavators that were not appropriate to restore the walls of the medieval fortress of Novo Brdo between July and September 2019.

It says the botched restoration work created “deep cracks in the outside walls which have endangered its stability and sustainability.”

“The walls have been seriously damaged by cracks, and this could cause the collapse of the side walls,” the indictment states.

It said it would ask the court to ban the company from further activity in Kosovo and pay compensation for the damage caused.

The company did not respond to an invitation to respond to the charges from BIRN by the time of publication.

Its website lists the restoration of Novo Brdo under its “Projects in Progress” section, while its background of work includes restoration of several Orthodox Church religious sites in Kosovo.

The indictment follows media reports in September 2019 that, just a couple of years after the completion of rehabilitation work, the walls at Novo Brdo had deteriorated further, raising fears that they could fall down.

The Kosovo Council for Cultural Heritage warned that the 14th-century fortress was again under threat, despite the relatively recent nature of the work that was intended to deal with the damage, which was the result of years of neglect.

The fortress, located 40 kilometres east of Prishtina, stands atop a hill and is protected by law.

In medieval times, Novo Brdo was an important mining centre, especially for silver. Even today, the remains of the old walls, watch towers and foundations of several sacred sites within the fortress are preserved.

Rehabilitation efforts were first launched at the site in 2014, financed by the European Union and implemented by UN cultural heritage body UNESCO and UNMIK.

In March 2019, the Council for Cultural Heritage, an independent institution that evaluates cultural heritage under permanent protection, complained of new damage to the exterior walls and warned that the fortress was “in danger of collapse.”