Stories that made 2022 in Prishtina Insight

2022 was a year full of events. As the country quickly started recuperating from the pandemic, leaving the COVID chapter quickly behind, the tense relationship with Serbia marked the highlight of political events. However, as seen in this article, this year gave us much more than that.

2022 was a year full of events. As the country started recovering from the pandemic, leaving thaat chapter quickly behind, relationships with Serbia marked the highlight of events both in August and December.

On a more positive note, the membership application to the Council of Europe and the EU marked a new dynamic in foreign affairs.

Economically, the year was marked by high inflation and increases in prices for goods and services, largely due to the war in Ukraine. The energy crisis hit hard, with the government trying to buffer the negative effects for the poor.

Prishtina Insight brings back the stories that marked this year. The story of the first-ever Albanian-themed film to be shown on Netflix, Arbëria, attracted a lot of readers.

Arbëria focuses on the traditions and culture of the Arbëresh, a community of Albanian descent who have lived for centuries in some villages in Calabria and Basilicata in Italy. Emirjeta Vllahiu’s article brought the story of the director Francesca Olivieri for Prishtina Insight.

2. In Land With No Sea, Kosovar Builds Ocean-Going Boats 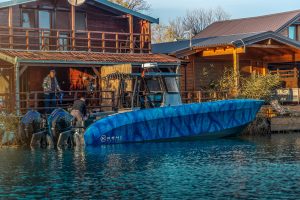 Although no part of Kosovo touches a coast, geographical reality has not stopped a young Kosovar from building professional, ocean-crossing fishing boats – that sail as far away as the US.

Antigonë Isufi’s story shows how Kosovo’s lack of access to salt water has not thwarted Shkamb Koshi’s maritime ambitions. This young man from Gjakova has turned his passion for fishing into a profession – building ocean-going boats.

3. Kosovo’s Metamorphosis Reflected in the Eyes of an American Researcher 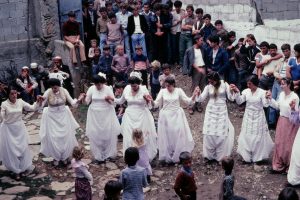 Brides of Opoja dance during a wedding. Photo courtesy of Janet Reineck

An essay about the life and experience of the Californian anthropologist,  Janet Reineck in the remote villages of Kosovo sparked special interest among our readers.

Researcher Reineck has written a memoir of her life in Kosovo in the 1980s and 1990s – a world that she says has vanished with such bewildering speed as to pose important questions about the future of Kosovo’s identity.

4. In a Fast-Changing Kosovo, Slow Food Keeps its Place 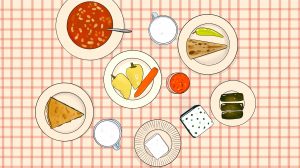 Traditional Albanian delicacies take hours to prepare, but even in today’s more hectic society, Kosovars are reluctant to let go of them.

Pritë Bytyçi’s story on slow food in Kosovo shows that, despite the constant threat of disappearing in modern times,  Albanian slow food is finding ways to survive, by finding other forms of economization. An article by Blerta Begisholli and Antigonë Isufi treats the thought-provoking prize of PriFest for best actor and best actress to the same person.

Rina Krasniqi’s award as both best actor and best actress at the Film Festival in Prishtina sparked a debate about sexual and gender deconstruction in Kosovar society, causing controversy among critics. 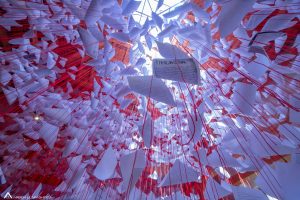 Jeta Xharra enjoyed her first encounter with the nomadic biennale that has changed many people’s way of seeing their unlovely capital, Prishtina

In July this year, Manifesta chose Prishtina as its home for the upcoming 100 days, bringing to the young capital a new energy and dynamic. Many of the renovations of Manifesta, such as the Bricks Factory and the Hivzi Sylejmani library, will remain part of of the cultural heritage of Prishtina long after Manifesta is gone.

7. How One Gesture Curbed Ethnic Discrimination 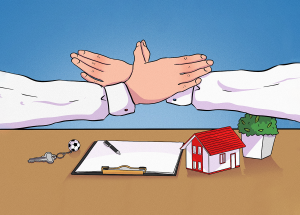 An opinion piece by the Swiss researchers Didier Ruedin and Daniel Auer for Prishtina Insight showed how social science research can shed light on topics that are of general interest as well.

They asked the question if galvanizing moments sway discrimination against minorities.

They found that one single gesture by Swiss football players with Kosovo-Albanian heritage was powerful enough to alter discrimination in Switzerland. 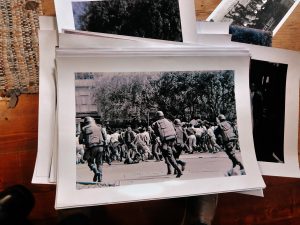 A sculpture in the Zahir Pajaziti square in Prishtina brought back memories of resistance.

The historic moment of protester Faik Rexhepi, caught in the photographer’s eye, is described by its author, Hazir Reka, and brought as a story by our journalist Antigonë Isufi. 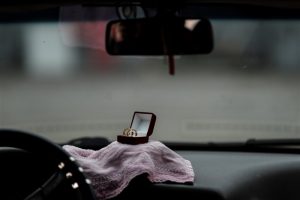 The legacy of the Kosovo war and continued tensions between Kosovo and Serbia have not stopped two young people from building a life together in Prishtina.

For two young people from enemy countries who were just two years old during the Kosovo war, the painful past, bad relations between the two countries and ongoing tensions have not stopped their love for one another. 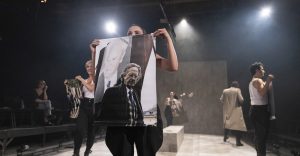 Some controversies never age and some resurface in different forms.

That’s what happened one Friday in the Kosovo capital, Prishtina, when the furore over Austrian writer Peter Handke’s 2019 Nobel Prize for Literature was repackaged for the theatre.

It was not so much Handke’s work that was on stage, but the words and actions of a man who delivered a eulogy at the funeral of Serbian strongman Slobodan Milosevic in 2006 and cast doubt on the massacres of Muslim Bosniaks during the 1992-95 Bosnian war. A story brought to Prishtina Insight by Përparim Isufi.

by Ardita Zeqiri
Next: Features