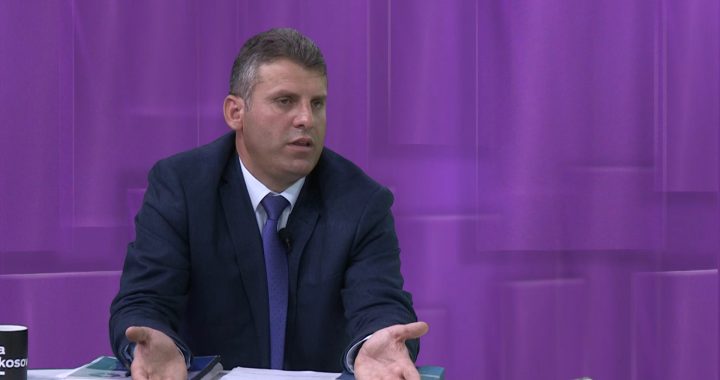 After a major tax evasion scandal involving 300 businesses was revealed in a BIRN TV Show, the deputy director of the tax administration admits to having been pressured while in office.

Discussing his job as the deputy director of the Kosovo Tax Administration, KTA, Nahit Sharku revealed that he had been pressured by various interest groups for BIRN’s television program Jeta ne Kosove. In the last installment of the show’s coverage on the “Organized Tax Evasion,” Sharku accused officials of wrongfully targeting him.

On November 17, Jeta ne Kosove revealed that until 2012, over 300 businesses used shell companies to evade paying taxes. Murat Mehmeti, the whistleblower who made the scandal public, claimed that his superiors and the Kosovo prosecution did not go after the companies that benefitted due to potential political ties. Four owners of the shell companies involved in the scandal and their accountant are currently on trial.

“The KTA is a sea of opportunities for manipulations,” Mehmeti said.

Sharku, one of Mehmeti’s superiors, confirmed that t KTA employees were influenced. He claimed that he was prevented from being promoted because of his clean record.

“My election as general director would threaten them because this would continue, and I didn’t plan to stop the trend of actions that I was taking. Since the police couldn’t do it, and the council couldn’t do it, let’s continue with the part, with propaganda again, with a more aggressive campaign and not focus on the politics but on the criminal charge, he has an indictment, he has this, he has that,” said Sharku.

Sharku was interviewed as a suspect by the unit of economic crimes as soon as the position for KTA’s director was opened. He says this inquiry prevented him from being being promoted.

Sharku accuses the Chief of the Unit for Economic Crimes, Nazim Sahiti, for starting “a witchhunt” against him, because the management, including Sharku, had not promoted Sahiti’s wife.

The Kosovo Police denied such claims, arguing that Sahiti’s wife had been employed before her husband had become the head of the unit for investigation of economic crimes.

“Her employment started before (Mr. Sahiti) was Chief of the Unit for Investigating Economic Crimes and Corruption in the Prishtina region. As for the initiation of this case, it’s not true that the Legal Office has presented it, and it’s not true that this case was initiated because that employee wasn’t promoted,” said the Kosovo Police.

Special prosecutor Ali Rexha defended the prosecution’s choice to not pursue the companies that benefitted from the fictive bills, saying that they had merely followed the law. Meanwhile, after the major leak revealing “an industrial scale” tax evasion on BIRN’s show, the KTA has forbidden its staff from contacting or commenting on media without prior permission.

Mehmeti, the whistleblower who revealed the tax evasion scandal, remains employed by the KTA and has elicited support from the diplomatic community and civil society in Kosovo. Immediately after the show was aired, the British Ambassador in Kosovo, Ruari O’Connell noted that it was important to protect whistleblowers. Similarly, the European Rule of Law Mission in Kosovo, EULEX, said that whistleblowers should be protected in a Twitter post.