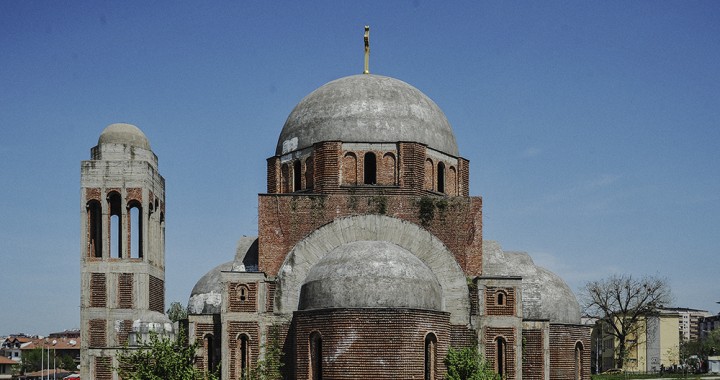 After the Kosovo Appeals Court upheld the Serbian Orthodox Church’s land ownership rights of the Sveti Spas Church, the university announced that it will be filing a brand new complaint.

The University of Prishtina will file a new complaint over the Sveti Spas (Christ the Saviour) Church, Esat Kelmendi, the university’s secretary, told Prishtina Insight.

On September 27, the Appeals Court upheld the Serbian Orthodox Church’s land ownership rights to the controversial church, which was once part of the University of Prishtina campus.

The case was thrown out on the first instance in 2015 when university representatives failed to show to the main hearing. The Appeals Court’s decision, obtained by BIRN on Monday, upheld the Basic Court’s decision.

The University of Prishtina disputes the Orthodox Church’s ownership of approximately four hectares of land and the legal basis for the building due to its ties to the Milosevic regime. Kelmendi said that the university is now preparing to file a new case against the church.

“The University of Prishtina law office is preparing the legal dossier with all the relevant evidence in order to raise charges from the beginning, to be processed at the competent court by the end of this week or the beginning of the next,” Kelmendi said.

“We believe that Kosovo’s competent legal authorities will decide upon this issue, so that this illegally usurped property will be returned to the University of Prishtina and its students.”

The Appeals Court decided that the university’s reasoning for not attending the Basic Court hearing–that protests prevented its attendance–was unfounded.

At a press conference on Tuesday, Kelmendi said that the university did not receive notice of the court date until it was too late.

“Because of the protests that were ongoing during that time, and the crowds and mess in front of the office when the postman delivered the letter, the letter was left forgotten in the reception office… After the court decision, we looked for the invitation letter and found that it had been in an envelope that was lost amidst the mess,” said Kelmendi.

Kelmendi emphasized that the University of Prishtina will continue its fight against the church’s presence on campus.

“The University of Prishtina will never give up on its right to ask for the annulment of discriminatory decisions issued by the Serbian regime during the time of Kosovo’s occupation, and for the right for this land, which was usurped through the illegal building of this religious object, to be returned for use to the University of Prishtina,” he said.