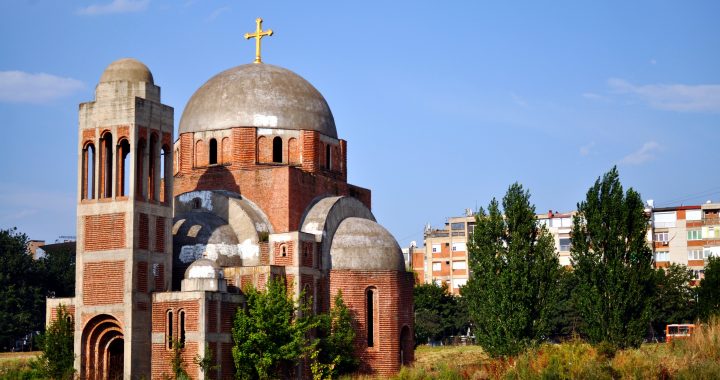 The Appeals Court rejected the University of Prishtina’s land ownership complaint against the Serbian Orthodox Church.

The Kosovo Appeals Court granted the Serbian Orthodox Church land ownership rights to the Sveti Spas (Christ the Saviour) Church, once part of the University of Prishtina campus.

The unfinished church has been a source of controversy since its construction began in the ‘90s. The University of Prishtina has disputed the Orthodox Church’s ownership of approximately four hectares of land and the legal basis for the building due to its ties to the Milosevic regime.

The university initiated proceedings in 2012, but the case was thrown out on the first instance in 2015 when university representatives failed to show to the main hearing. The case was sent to the Appeals Court in March 2016.

On September 27, 2017, the Appeals Court rejected the university’s appeal.

The university had claimed that protests in front of the church prevented representatives from attending the Basic Court session. According to the decision, obtained by BIRN, the Appeals Court considered this reasoning to be unfounded.

A few days later, students staged a protest against the church, holding a reading on its lawn in an attempt to symbolically reclaim the space.

After the Appeals Court’s decision, the University of Prishtina has the right to initiate new proceedings from the beginning and to file a new lawsuit regarding ownership rights of the land.