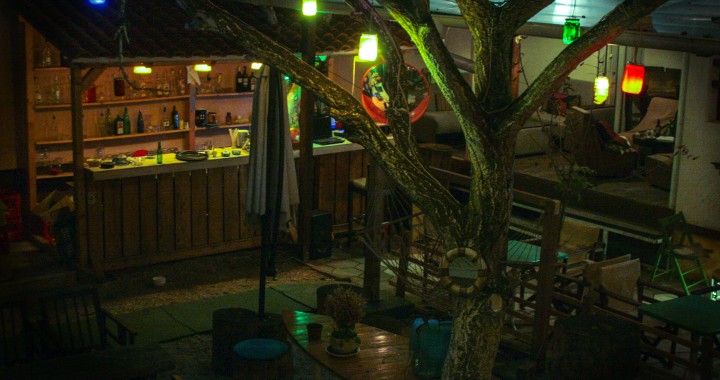 The burgeoning world of Prishtina hostels is growing - and diverse.

It’s Oct. 31. I’m at a Halloween party in the basement of Buffalo Backpackers, the youth hostel where I have been living, with brief intermissions, for nearly 11 months. “Why do people come to Kosovo?” an uncostumed guest suggests.

I look around the room. Almost all of us, the assembled lumberjacks, skeletons and mummies, are in our mid-20s and from what my geography teacher called ‘more economically developed countries’. So, what could have drawn all here? The uncostumed guest suggests it’s Kosovo’s troubles – past and present.

But these people in the basement aren’t the type to plan their adventures based on a WikiTravel search for the word “landmine” (this species is real, worse than you imagine and has been known to pass through Prishtina on occasion, unfortunately).

The conflict in Kosovo was the first war our generation was truly aware of, the first war that kids talked about in the playground. There’s a fascination (optimistic, not morbid) to see what has become of the place that taught us words like “NATO” and “strategic bombing.”

Of course, that wasn’t how I first came here. I came because a bus ticket from Tirana was five euros cheaper than one to Skopje. An informal poll on Buffalo’s porch a few nights after the party seems to indicate a cocktail of piqued interest and haphazard chance is what draws most guests.

In spite of his insatiable thirst for comprehension, Jack will almost certainly be far away by the time this goes to print. Olivier, on the other hand, a volunteer at Buffalo from the Pyrenees with a Mr T mohawk left over from the Halloween party, has been here months. But when he first arrived in Prishtina last summer he was spurred on by a far baser motivation than Jack’s cultural curiosity, “I was in Tirana and this guy from Kosovo said, ‘It’s the last night of Beer and Wine Fest in Prishtina tonight. If you want to go, you have to go today.’ So I came.” He tells me with a grin.

However a backpacker arrives in Prishtina though, it seems the end result is always the same: fascination. And that’s just what the folks running the many hostels that have sprung up in the city want.

Dren Ukmata is a co-owner of The White Tree, one of the newest additions to Prishtina’s growing collection of hostels. Over a cup of tea in the courtyard bar that forms the tea-lanterned centrepiece of his business, he explains that the hostel is so much more than a commercial venture. It’s a chance to illuminate Prishtina’s poorly lit charms for foreign visitors who might otherwise miss them. “Sometimes people ask me, ‘Why don’t you leave Kosovo?’ I stay because now I can say I contributed to Kosovo’s image!” He says.

There seems to be an intangible magic to Prishtina that draws people in. Opened in June 2012, Hostel Han is one of the oldest resting places for backpackers in the city. Arben Zlloqka, one of the trio that runs it, believes that this magic lies within the city’s inhabitants: “There’s not much to see here, but the people are nice.” He tells me over a cigarette on Hostel Han’s balcony overlooking Mother Theresa Boulevard.

As much a Zlloqka wants to right them, he admits people’s prejudices towards Kosovo can be good for business, “When backpackers are told, ‘Don’t go there.’ They go there.” He chuckles.

All of the hostel owners I’d spoken to so far were young people, just like their clientele: kids who want to see the world, have a good time and don’t mind sharing a bedroom with seven strangers. But, behind the old town bazar, Hostel Istanbul is run by Sefa Jaha, who belongs to a very different generation.

Hostel Istanbul doesn’t offer dorm rooms. Instead it resembles a homely, low-cost hotel. Its restaurant offers breakfast, lunch and dinner, something none of Jaha’s peers can claim. During the summer, his is also the only hostel in the city to boast a swimming pool.

Where his counterparts believe Prishtina’s hostel explosion is a new phenomenon, Jaha sees it as part of an older tradition. He tells me, “They existed before. They weren’t called hostels, they were called ‘Hans’. They closed a long time ago though. But we saw that they are important, people need them. In the Balkans, people are poor. They don’t want something beautiful, they just want to be able to sleep, to be safe and to have good service.“