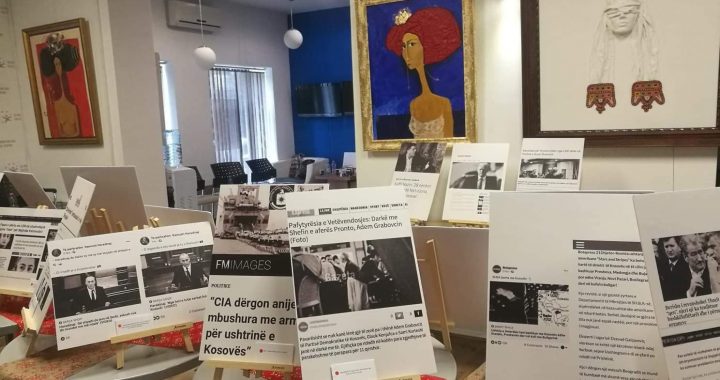 “Trump: ‘Every Albanian needs to respect a man like Haradinaj’” is one of the dozens of fake headlines fact-checked by journalist Arta Berisha and exhibited on Friday at the EU Information and Culture Center in Prishtina.

“There weren’t [any] journalists from the media outlets displayed here today,” Berisha said, explicating the misleading information on the selected headlines and articles.

“I hope that other people come, not only journalists. The point is to improve the quality of reporting in online media and essentially convey to people that not everything they read is true,” she said.

Berisha said that citizens should take information on online media with a grain of salt, and that there needs to be a debate on the real effects of fake news.

“I have written many articles on fake news, and there has been very little debate among other fellow journalists [in online media]. International credible media explain why they deleted a news article, whereas here they don’t, which is away to run from responsibility.

Berisha said that there has been more “criticism of the criticism” than an actual debate.

“[Some journalists say] it’s not easy to be in this industry, the quickness. But some media publish the fake news and keep spreading it, instead of getting rid of it,” she said.

This one-day long exhibition is part of a broader project by Berisha that aims to combat fake news in Kosovo media.