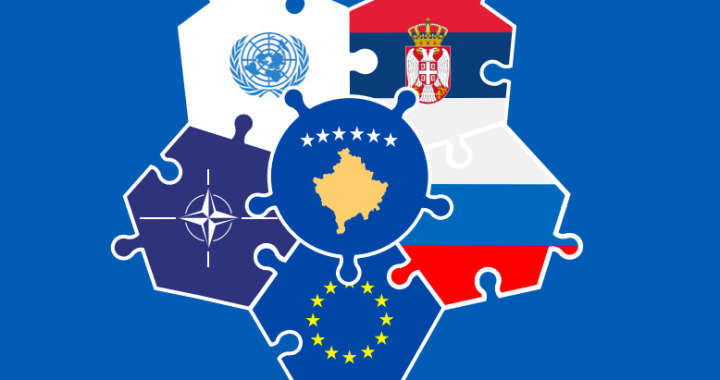 Russian fake news about Kosovo on the rise, report states

Russia is attempting to subvert Kosovo’s state-building through foreign policy and soft power tactics, argues a new report by the Kosovo Center for Security Studies.

Kosovo is being exposed to a formidable Russian meddling campaign against its state building, a new report published by the Kosovo Center for Security Studies, KCSS, says. The campaign is the culmination of factors such as the rise of fake news worldwide, political ties between the Kosovo Serb party Srpska Lista to the ruling party United Russia, and Russian influence over the Serbian Orthodox Church.

“Numerous subversive and non-military instruments will continue to be used against a multiethnic Kosovo in order to create a pretext for a failed-state and heighten local separatism within the Kosovo Serb community in northern municipalities,” the report states.

Outlets named by the report include Sputnik, Russia Today, R Magazin, and Nova Srpska Politicka Misao. The author claims that there has been a rise in anti-Kosovo propaganda in these outlets in recent years, especially a recent increase of articles produced by Sputnik in French “as an attempt by Russia to influence Kosovo’s image in the French-speaking world and in Paris where UNESCO is seated.”

Political ties between Kosovo Serb parties and the United Russia party, and Russian influence over the Serbian Orthodox Church, are also problematic, the report states. However, the author says that a lack of official data and “the sensitivity to explore confidential information” in general is major limitation of his research, which relied on interviews with Kosovo Police, Customs, and government officials, including some anonymous interviews.

The report argues that the Russian Liaison Diplomatic Office in Prishtina, a branch of the Russian Embassy in Belgrade, has not been used to improve Kosovo’s relationship with Moscow. Kosovo is also concerned that Russia is a security threat to Kosovo, and the government sees the Russian-Serbian Humanitarian Center, located in Nis, Serbia, as a Russian military presence aiming to counter-balance KFOR. The center has denied these claims.

The report also highlights economic concerns, such as Kosovo’s sanction policy against Russia, which, the author argues, since 2014 has not been in line with US and EU foreign policy.

“It has not proved sufficiently effective, as Russian economic proxies in Serbia and the region, primarily including petroleum products, continue to freely operate in the Kosovo market,” the report states.

Russia’s influence over the Brussels-facilitated negotiations between Kosovo and Serbia is also listed as a concern. The report argues that Serbia utilized its relationship with Russia to “blackmail the EU” and influence the agreements, such by as prior to the April 2013 agreement using the “Russian card to make clear to the EU that pro-Russian orientation was a serious option.”

The report concludes by warning that the Association of Serb-majority Municipalities could be abused as a tool for stronger Russian engagement in Kosovo politics.

“Ties between political parties from Serbian community and the political party United Russia are consistently developing, whereas the creation of the Association/Community of Serbian Municipalities might present new terrain for a stronger Russian engagement to foster local nationalism in Kosovo,” it states.