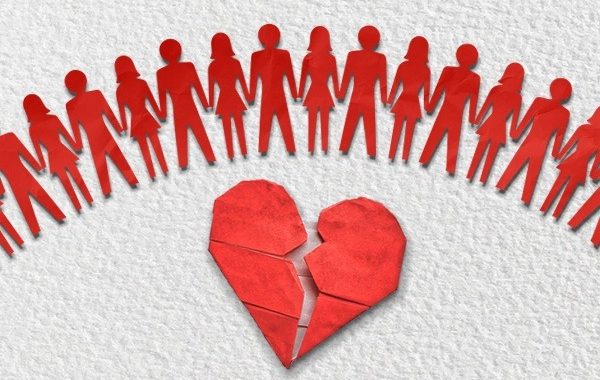 Photo courtesy from the fundraising campaign 'Valentine's day for all'.

A Valentine’s Day for all

A fundraising campaign has been organized in the run-up to Valentine’s Day in response to the lack of funding for the domestic violence shelters struggling to protect women and children across Kosovo.

After a visit to one of the shelters struggling to protect women and children survivors of domestic violence who escaped situations of domestic violence from eight different municipalities in Kosovo, Avdili noticed the poor conditions the women lived in, and lack of support for their upkeep was evident.

“It was brought to our attention that they also lack proper funding for the effective functioning of the center,” said Avdili. “This is a result of shameful negligence, a let down by the government agencies and local authorities.”

In January last year, almost every domestic violence shelter in the country was forced to close down as a result of lack of financial support. One day later, in an extraordinary session at the Kosovo Assembly, the government allocated emergency funding of 65,000 euros to reopen the shelters.

According to Avdili, one year later, funding remains a critical problem for these services.

“A home to the survivors of human trafficking and domestic violence from eight different municipalities, its basement suffers from inadequate plumbing and its floors are cold from poor insulation and damaged windows,” said Avdili. “Its improperly paid employees are always having to struggle with unnecessary stress of keeping up with the electricity bills and the overall sickening damp.”

In December 2018, the Center for Protection of Women and Children in Prishtina reported that they were at risk of closure due lack of funding, which resulted in 7,000 euros of debt owed in electricity bills to the Kosovo Energy Distributions Service, KEDS.

Kosovo institutions have not only failed to support spaces such as domestic violence shelters, but they have also failed all Kosovar women on so many platforms, she continued, stating that this is because the Kosovar state and its public service agencies do not really care about women.

“If they did, there would not be a need for fundraising initiatives just to keep a basic shelter for the survivors of violence open,” she said. “Instead we have a state that collects the revenues without the appropriate spending on the soft infrastructure.”

The reaction to the fundraising campaign from the community has been incredibly positive so far, said Avdili. On Valentine’s Day itself, restaurants and bars around the city are stepping up to help. Babaghanoush will donate 20 per cent of its Valentine’s Day sales, Rockuzine will give one euro from every ticket they sell that night, and M Club will donate all of its entrance fees.

“In our age of hyper-consumption, each year on February 14, millions of euros are spent on gifts that are meant to show and validate our love for our significant other,” said Avdili. “I know perfumes and jewelry are a great way to show love, but keeping a safe space for our sisters for whom romantic love has become more of a shudder, is one great way of awakening the broader significance of love; that of charity.”

Avdili published the online fundraising campaign on January 31, and is accepting donations aiming to raise 6,000 euros to help the shelters stay afloat.

“In a country that would care about women, domestic violence shelters would not even have to be an issue of non-government funding, but immediately taken care of by our taxes and by a welfare state of proper spending,” said Avdili. “To focus, as we have for a very long time, on the failures of the Kosovo’s government is rather counterproductive because its failures are so grand — it is a rotting corpse that only poisons our future.”

“But for now, the tree has its roots in the community, and it will bloom against all the odds of this arrogant state that can only take pride in its own insufficiency,” she concluded.