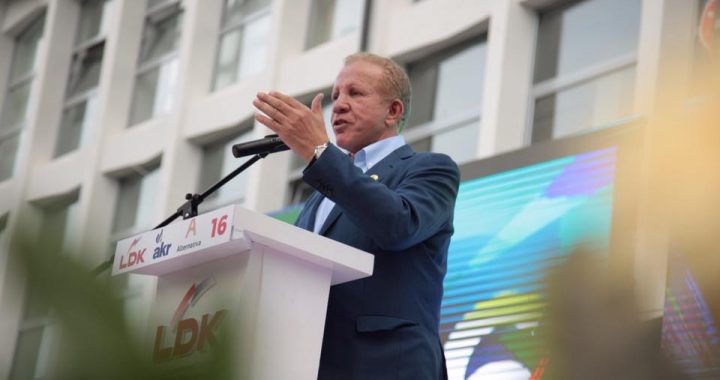 After a meeting with Isa Mustafa, Behgjet Pacolli announced the split of AKR with the pre-election LAA coalition.

Behgjet Pacolli, leader of the political party New Kosovo Alliance, AKR, announced that AKR and its former coalition partner, the Democratic League of Kosovo, LDK, are “headed in separate ways.”

“We will be a separate parliamentary group,” said Pacolli, when announcing his break from the pre-election LAA coalition.

After a lunch meeting with LDK leader Isa Mustafa, Pacolli said that he has no moral or material obligations to the LAA Coalition.

He added that AKR has still not decided on what will happen regarding the PAN coalition, although he mentioned a meeting today with Ramush Haradinaj, the PAN coalition’s nominee for prime minister.

“From this moment on we will decide by ourselves, each moment may bring new situations,” Pacolli said.