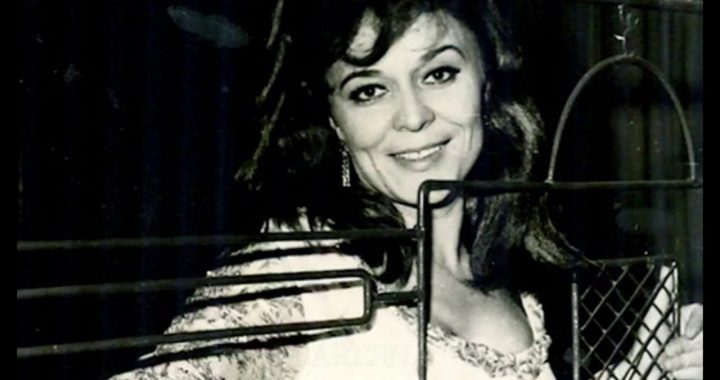 Albanian music icon Nexhmije Pagarusha dies at the age of 86

Family members of singer and actress Nexhmije Pagarusha, known as ‘the Nightingale of Kosovo’ announced the news of her death on Friday.

On Friday, family members of Nexhmije Pagarusha announced the singer and actress’ death at the age of 86.

Born in the village of Pagarush near Malisheva, Pagarusha enjoyed a career spanning across five decades. Beginning her career as a singer with Radio Prishtina in 1948, the “nightingale of Kosovo,” as she came to be known, bowed out at a final concert in Sarajevo in 1984.

Pagarusha interpreted both folk and classical works, but is perhaps best known for the song ‘Baresha’ (The Shepherdess), composed by her husband Rexho Mulliqi.

As part of the ‘Shota’ ensemble, Pagarusha toured across eastern Europe, including in Macedonia, Bulgaria and Bosnia and Herzegovina and even in Israel, but her greatest popularity was in Kosovo and Albania.

In Kosovo she was dubbed ‘singer of the century’ and was decorated as an ‘artist of merit’ by former president Fatmir Sejdiu in 2010, while former Albanian president Bujar Nishani bestowed Pagarusha with an ‘Honor of the Nation’ award in 2012 as part of the celebrations marking 100 years of Albanian independence. As recently as May 2018, Mayor of Tirana Erion Veliaj awarded the key to the city of the Albanian capital to Pagarusha to honor her life’s work.

Shaban Maxharraj, who co-authored a biography of Pagarusha, describes her as an icon of the Albanian artistic scene. “As a singer, she was the most powerful voice,” Maxharraj tells Prishtina Insight. “Her voice was the strongest element of Kosovo’s cultural identity for years, both in the musical scene of Yugoslavia and beyond.”

Maxharraj also identified her as a trailblazer for women. “As a woman she caused a revolution by entering the scene at the end of the 40s, a time when, because of the mentality, others were teasing her. It wasn’t easy for her to be a role model and to inspire people.”

Despite being such a powerful figure, Maxharraj tells Prishtina Insight that Pagarusha was a simple woman, according to her friends. “Kosovo’s musical scene has lost an irreplaceable voice.”