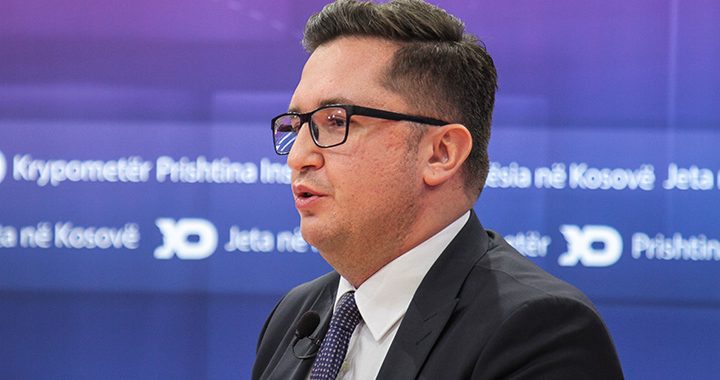 Twenty years after the murder of Xhemajl Mustafa, his son Besian hopes that the Kosovo Specialist Chambers can provide answers about the killing of his father and other LDK activists in the aftermath of the Kosovo war.

On BIRN’s televised programme Jeta ne Kosove on Thursday, agriculture minister Besian Mustafa expressed his discontent at the failure of numerous justice systems in Kosovo to shed light on the killing of his father, Xhemajl.

“In these 20 years the judicial system in Kosovo failed to provide any answers about the murder,” he told BIRN. “This includes UNMIK, EULEX and the local institutions.”

Xhemajl Mustafa was a prominent activist for the Democratic League of Kosovo, LDK, in the 1990s and a close ally of former president Ibrahim Rugova. On November 23, 2000, he was killed in front of his apartment in Prishtina. No suspect has ever been charged with his murder.

Besian Mustafa says the family have continually been told that investigations were continuing but to no avail. “We know that the case was transferred from EULEX to local institutions but since then it’s always the same response: investigations continue.”

The Specialist Prosecution Office’s indictment against Hashim Thaci, Kadri Veseli, Rexhep Selimi and Jakup Krasniqi, which was made public earlier this month, stated that the four men acted as part of a joint criminal enterprise that sought to “remove opponents,” which included persons associated with LDK.

Although Mustafa says that his family was not contacted by the Specialist Prosecution Office, he hopes the special court can bring justice for his father. “As a family, our last hope lies in the Hague based court,” Mustafa told BIRN.

For the Minister of Agriculture, Forestry and Rural Development, who is himself a member of LDK, the failure to bring to justice the murderers of his father is a reflection of a broader societal failure to provide justice in Kosovo. “It is a double pain to survive a war and then get killed in the times of freedom,” he said.

Mustafa believes that resolving these crimes must go beyond party politics and be addressed as a society and a state.

“It is a societal failure not being able to find those who ordered the killings,” he said. “When key public figures of a country are killed and the circumstances of the killings are never uncovered it is impossible to talk about freedom and justice, particularly 20 years later.”