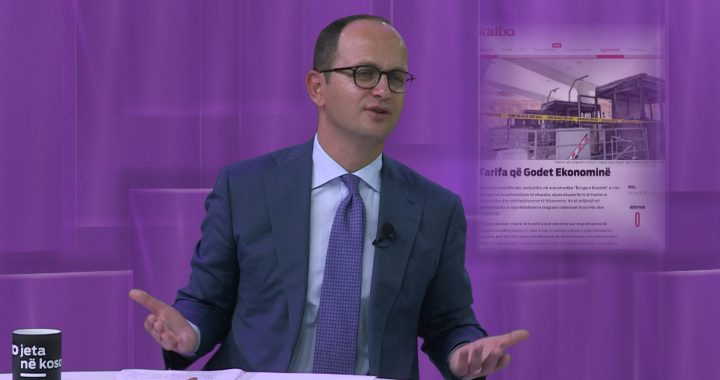 Bushati: Albania supports the dialogue between Kosovo and Serbia

In an in-depth interview for Jeta ne Kosove, Ditmir Bushati, Albania’s Minister, for Europe and Foreign Affairs among others, shed light on the latest ideas of border corrections, the dialogue between Kosovo and Serbia, Albania’s commitment for peace and the road tariffs on the highway that connects Kosovo with Albania.

Bushati, the foreign minister in the last two Albanian administrations, insists that Albania remains a staunch supporter of the EU-mediated dialogue between Kosovo and Serbia.

The Albanian diplomat insists that Albania will support well-established platforms for the dialogue, while stating that Albania and Kosovo do communicate and interact concerning the dialogue between Kosovo and Serbia.

“It is not fair to demand from Tirana to take a position on discussions that have not been converted to platforms, or to well-established ideas,” he said.

However, Bushati said that Albania remains committed to supporting Kosovo through this process. “We support without reservation the dialogue between Kosovo and Serbia, we think that the process of normalization should normalize these relations and bring mutual recognition, and it is necessary through this process to build an internal consensus within Kosovo.”

For Bushati, there is no normalization of relations between Kosovo and Serbia without recognition of each other’s sovereignty. Additionally, he believes that Serbia’s path to European integration is conditioned by this process, and likewise Kosovo’s progress within the EU is dependent on good neighbourly relations.

When asked about the idea of swapping the north of Mitrovica with the Presevo valley, the foreign minister insisted that he has never heard of the idea of “secession” of such territory.

Nonetheless, Bushati hailed the commitment of Kosovo institutions to demand more civil rights for the Albanian minority that do live in the Presevo valley, and also emphasized that Albania remains committed to demanding the respect of civil rights in Presevo valley. Bushati also mentioned that prime minister of Albania, Edi Rama, continues to support the Albanian minority in the south of Serbia, recalling the visit Rama paid to the community in 2016.

‘I will remind to you the visit that Rama paid in Belgrade in 2014 and stop in the Presevo valley when he declared that Albanians living in the [Presevo] Valley cannot have less rights that serbs that live in Kosovo.”

The connection between Albanians Kosovo and Albania captured a considerable part of the interview. The road tariff that now applies for those that circulate from between the two countries was justified by the foreign minister with the need for maintenance of the Nation’s Highway.

From this month, a payment of 10 euros is required for a round trip by car from Kosovo to Albania. The tariff was met with  criticism, spurring the people of Kukes county to refuse to pay the tariffs by setting fire to the pay tolls back in March this year.