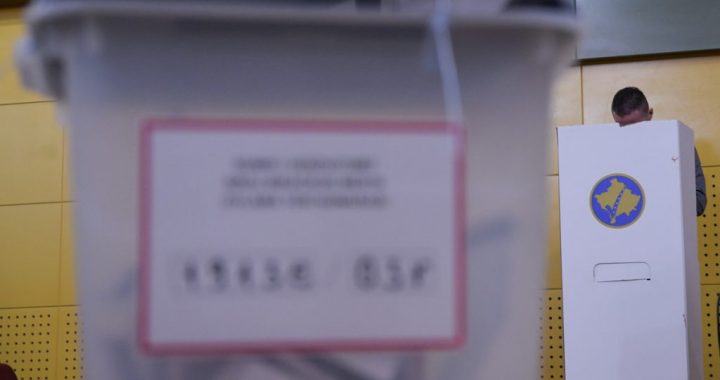 As polling stations close and counting begins, early polls show an incredibly tight race for first place, with Vetevendosje and LDK exactly level in one poll.

Polls released immediately following the closure of Kosovo’s polling stations for Sunday’s parliamentary elections show an incredibly tight race, with no party set to win a majority that would allow them to form a government alone.

However, a 2014 decision from the Constitutional Court ensures that the party that gets the largest share of the vote will have the first chance to present a candidate for prime minister to the Assembly and form a government, meaning a significant race for first place.

One poll of 2,000 people conducted by the Gani Bobi Institute in Prishtina and revealed by television channel Klan Kosova placed the Democratic League of Kosovo, LDK and Vetevendosje in joint first place with 30 per cent of the vote each. The Democratic Party of Kosovo, PDK, were in third place on 22.8 percent of the vote.

The coalition between the Alliance for the Future of Kosovo, AAK, and the Social Democratic Party, PSD, look set to take seats with the Gani Bobi poll placing them on 10.5 per cent of the vote. However, the poll places the coalition between NISMA and the New Kosovo Alliance, AKR, on 4.4 per cent, just below the five per cent threshold required for representation in the Kosovo Assembly.

Another poll conducted by Radio TV Dukagjini, placed Vetevendosje in first place with 26 per cent, with LDK less than two percentage points behind on 24.4 percent. PDK were placed third with 22.1 per cent, while AAK-PSD were predicted to have received 13.6 percent. The Radio TV Dukagjini also predicted that NISMA-AKR would pass the five per cent threshold with 5.56 per cent.

Counting now begins with preliminary results from the Kosovo Election Commission expected to be released before midnight on Sunday night. Polling stations closed at 19:00, with turnout up to 44.2 per cent compared to just under 41 per cent at the previous parliamentary election in June 2017. This year’s election also saw a far greater influence from voters from Kosovo’s diaspora. Over 42,000 applied to register to vote, more than double the number from 2017’s parliamentary election. More than 35,000 had their applications approved.

20 people were arrested in 16 different incidents involving irregularities in the electoral process, the majority for taking pictures of their ballot paper and posting them on social media, as well as on suspicions of violating provisions on voter confidentiality laid down in Kosovo’s criminal code.