Guide: The Peaks of the Balkans 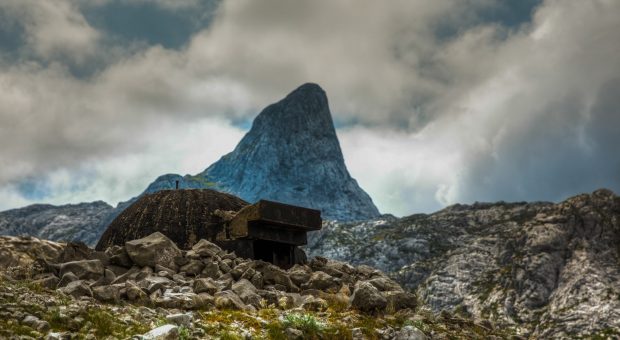 The stunning 192-kilometre-long ‘Peaks of the Balkans’ hiking trail is an unforgettable trek through the idyllic mountainous regions of Kosovo, Montenegro and Albania.

Kosovo, Albania and Montenegro are home to one of the best hiking trails in the world, ‘The Peaks of the Balkans.’ The trail was originally envisaged after the wars in former Yugoslavia as a ‘Peace Park’ to bring together the three countries.

A mountainous region that was inaccessible to almost everyone and forbidden to cross during the Cold War – local and international actors saw the opportunity to remodel the informal trekking paths in the area into a interconnected cross-border trail, representing peace, development and good neighbourly relations.

After its operation began, the trail was awarded the ‘Tourism of Tomorrow’ prize by the World Travel and Tourism Council to hail the development of innovative sustainable tourism initiatives in 2013.

Most importantly, this trail opens up access to some of the most breathtaking areas of the Accursed Mountains to avid hikers ready for a challenge. Spanning some 190 kilometres, the approximately ten-day hike winds you around peaks, through valleys, past beautiful lakes and across rocky terrain.

The trail will take you through northern Albania, northern Montenegro and Western Kosovo, offering the chance to experience one of the most idyllic mountainous regions in Europe.

The Kosovo stretch of the Peaks of the Balkans trail begins near the western city of Peja. The trail is a loop, however, so the choice is yours whether you begin from here, Theth or Valbone in Albania or Plav in Montenegro, which are the most common setting off points.

Crossing the Rugova Mountains from Peja at an altitude of 1,200 meters, hikers will eventually arrive in Montenegro, but not before the trail takes you through the Kosovar villages of Reka e Allages and Drelaj. The trail continues to Liqenat, which brings you to two glacial lakes, one of which straddles the border between Kosovo and Montenegro, offering beautiful views of the city of Peja.

From here, hikers can divert a little and climb Mount Hajla: its peak reaching 2,305 meters, the trail begins between Drelaj and Reka e Allages and the mountain neighbors the Montenegrin town of Rozaje. As the hike continues and you climb the section of the trail named Lugu i Shkodres, the views open up to a 360 degree view of the Accursed Mountains to the west and the Sharr Mountains to the South.

The Kosovo section can also be completed as a shorter, solo trek. From Liqenat, an alternative route that keeps you in Kosovo takes you to Maja e Gurit te Kuq, which you can climb and then continue to Milishevc through the mountains surrounding Decan.

From Milishevc, hikers can take the route straight back to the glacial lakes, tackling the rather steep descent to the main asphalt road, and either continuing through the forest to Reka e Allages or to rest in the village of Drelaj.

The Kosovo trail connects hikers from these villages to the next stop: the Montenegrin town of Babino Polje.

The Montenegrin leg of the trail begins in Babino Polje and travels through the towns of Plav, Gusi and then to Vuthaj. Plav is home to the biggest glacial lake on the trail, Lake Plav. There are two main sections of the trail in Montenegro: Babino Polje – Plav and Plav – Vuthaj.

The designers of the Peaks of the Balkans did not foresee climbing Gerbaja Mountain as part of the trail, but we seriously recommend doing so.

The Gerbaja trail, beginning not so far from Plav, gives way to a stunning view of the Karanfil Mountains, considered one of the best views in the Balkans. From here, you will see a valley surrounded with thick, rocky peaks, giving you the feeling that you are alone at the top of the world.

The hike from Vuthaj to Theth in Albania crosses rocky terrain with open views in between peaks. Another must see, the trail is dotted with abandoned concrete structures that served as bunkers or lookout posts for the Albanian army that it used to fortify itself against the rest of the world.

From Montenegro, you can then pass into northern Albania, the village of Theth is your next stop.

Northern Albania was considered a no-man’s-land for centuries: now, it is one of the safest and most hospitable places in Europe. Villagers who for many years were migrating from the area have begun to return, opening their homes to hikers and tourists along the trail.

The hike through northern Albania is the longest section of the Peaks of the Balkans trail, with three main segments: Theth – Valbone, Valbone – Cerem and Cerem – Doberdol. During the hike from Valbona to Cerem, you also have the option to hop over to Montenegro and climb the country’s highest peak, Kollata e Madhe.

The Theth and Valbona region contains picturesque villages and astounding views of the rough rocky peaks that surround them. The village of Cerem and the Doberdol valley are two of the most remote areas that the Peaks of the Balkans can take you to.

A warning: Doberdol has no mobile phone service or electricity connection of any kind. It’s totally wild, and any services you can access depend on the wits and wiles of the local guest house owners. In these conditions they are still able to offer a cosy bed, access to hot water and simple, tasty and traditional meals.

This trail has everything you could possibly dream of: walks in the woods through some of the oldest forests in the world protected by UNESCO, open fields and pastures used by local shepherds that take you to rocky peaks and glacial lakes. While hiking between Valbona and Cerem, 360 degree views of the mountains of all three countries can be enjoyed.

The trail can be hiked in a group organised by local companies; a private tour for friends, or a self guided trip.

The hikes are between 15 and 20 kilometers a day, however the longer ones can be shortened by hiring transfer by car or bus. Transfer aside, this is considered a medium-difficulty length that would be suitable for the average hiker.

You will be crossing borders by foot, so you need to go through a procedure to obtain border crossing permits. These permits are provided by companies as a service, but you can also organise this yourself.

The trail is marked across its entirety, but in some places there are too many alternative routes you can take, which can be a little confusing. Having a GPS on hand is highly recommended: if you don’t have access to one, this can be provided by companies offering tour services along the trail.

There are people who think that one specific destination can change your life. I do not know if Peaks of the Balkans can change the life of a traveller, but what I know is that that Peaks of the Balkans have changed the life of the people who offer services on this trail. Shepherds have become hosts, heads of houses are offering their unmatched hospitality, and guides are proud of their country. Come and experience their hospitality.