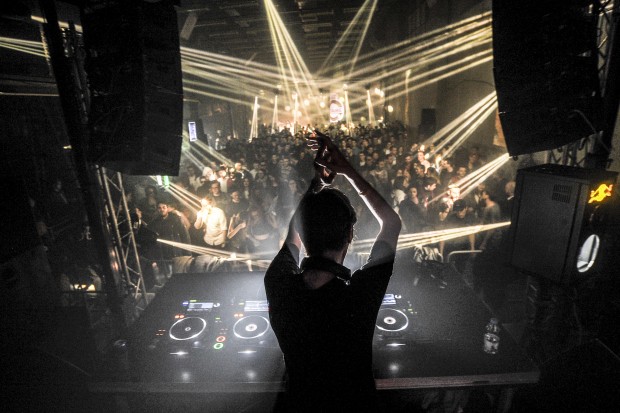 Hapesira’s Third Renaissance (RWIII) with Hunter/Game, a duo from Italy and Alex.Do, a German DJ was held in Prishtina, mesmerizing the crowd with techno music.

Prishtina’s is not necessarily famous for its clubbing scene, although the country’s independence day this year was marked with a Ricardo Villalobos gig and a long list of hot DJs have visited Kosovo’s capital since the early 2000s. Villalobos, like most other reputed DJs, made his career in Berlin, a city that with its ravaged socialist structures makes Eastern European cities hopeful that one day they too can become an ‘it-place.’

Prishtina is not a strong contender in the running, but once in awhile the city throws a party to remember. It also happens to be very convenient that many of the city’s post-industrial spaces remain abandoned and have yet to be privatized, allowing for temporary repurposing of spaces.

On April 1st, Hapesira – a group of young DJs and event organizers – put together an event in exactly such a space – the Rilindja printing warehouse. 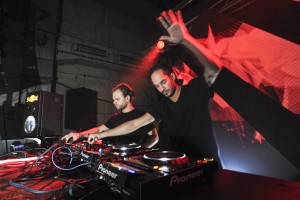 It was not the first event Hapesira has organized in Rilindja, which in Albanian means Renaissance. The Renaissance parties, as they are called, are also supposed to commemorate a renaissance period for the abandoned spaces of Prishtina. The old printing warehouse has served as the location for three events so far, and rumor has it that RWIII will be the last one to be held there.

The third Rilindja party was opened by the local dj Uran B., a member of the Hapesira crew, and then continued with the headliners  Alex.Do and Hunter/Game, turning into a night that seemed as it would never end.

The large warehouse, a semblance of its industrial past, was packed. RWIII was filled with all sorts of people from all sorts of places – apparently, even clubbers from Albania had come to the city specifically for the event.

While researching Hapesira, I ran into this sentence: “Hapesira’s warehouse project might seem a risky concept in which the idea is to venture beyond the established club route, finding itself in spaces never used before in this manner.”

I agree that they have certainly achieved bringing music and crowds to a space that was not thought to be used as a club. Warehouses are not commonly used in Kosovo or in the region for cultural events, although this is a pretty common occurrence in post-industrial cities.

Rilindja Warehouse III packed large crowds, had stunning visuals, and great – but very loud music. I can vouch for it– my beer fell off the counter because of the bass. 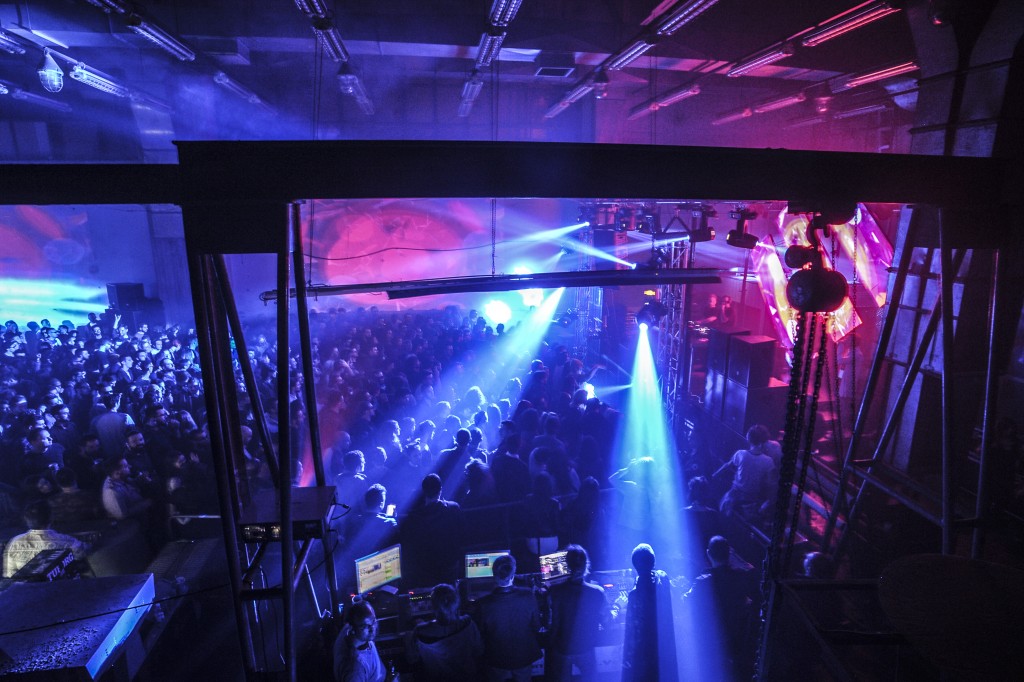 The duo that started it all, Hunter/Game, is a duo from Italy whose sound comes from a deep groove that evolves thanks to electronic and pop influences, while keeping techno as its main element.

Alex.Do, a German DJ, has his roots in techno, dub and house of all decades and seasons, from which he creates something that he calls the essence of electronic music.

The crowd seemed to go crazy as a result of the music, delirious visuals by Clleanc, a design company in Kosovo, and the lack of water in the early morning hours.

Overall, I’ll admit that Hapesira knows how to throw a party (and my beer!), and fingers-crossed that the RWIII was not their final party.