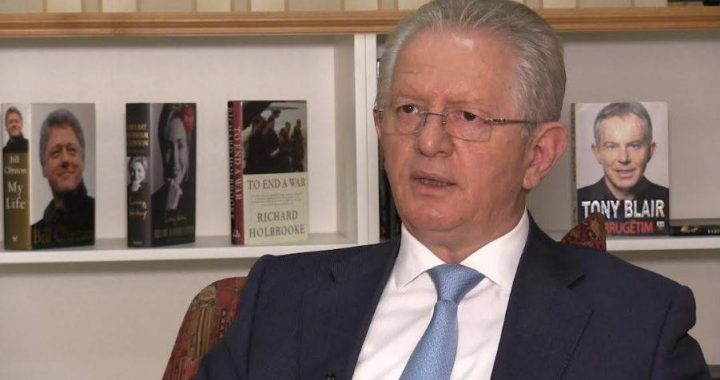 State Coordinator for the Dialogue Skender Hyseni is set to receive a salary equivalent to a deputy minister amid criticism from civil society over the rising numbers and lack of gender balance in senior government positions.

The Kosovo Government has decided that State Coordinator for the Dialogue Skender Hyseni will receive a salary equivalent to that of a deputy minister, typically around 1,150 euros per month.

Announcing the decision at a government meeting of the government held on Monday morning, Deputy Prime Minister Driton Selmanaj stated that it followed practices applied in similar cases.

Selmanaj added that, according to a decision taken on July 2, assistants to the state coordinator will be paid similarly to that of an assistant to the prime minister. Meanwhile, temporary experts hired to provide advice on specific topics will be employed according to the legislation in force.

The position of state coordinator for the dialogue was created in July this year, following the resumption of the EU-facilitated dialogue between Kosovo and Serbia in Brussels. Since his appointment on July 21, Hyseni, a former LDK interior minister, has represented Kosovo in a number of expert level meetings.

The decision made over Hyseni’s salary comes amid criticism from civil society organisations over the rising numbers of senior positions within the government.

On Wednesday, the Group for Legal and Political Studies, a non-profit public policy organisation, held a press conference to assess the first 100 days of the Hoti government, and particularly highlighted the growing numbers of deputy ministers.

Executive Director Abresha Loxha stated that despite promises from LDK during the 2019 election campaign to minimise the size of government, the current administration led by the party has the second highest number of deputy ministers since 2007.

“The Democratic League of Kosovo promised a small government with 12 ministries and a maximum of 24 deputy ministries, but has ended up almost doubling the number of deputy ministers, from 24 to 46, while adding two extra ministries compared to the previous government,” she said.

Loxha also criticised the lack of gender balance in the current administration, pointing out that only three of 16 ministries are led by women, while of the 46 deputy ministers hired, only eight are women.