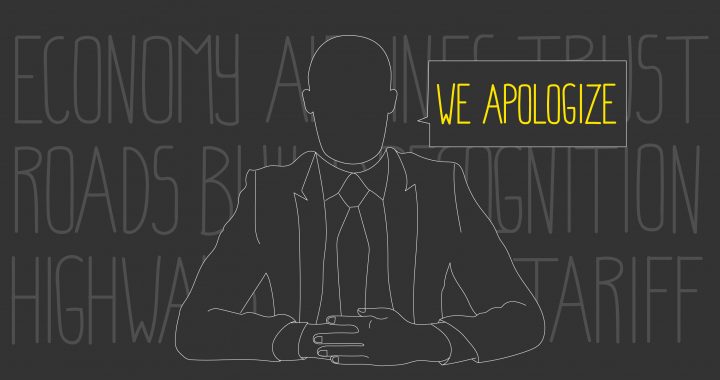 It’s not the economy, Mr. Ambassador

As long as Serbia fails to atone for the violent crimes of its past, the countries’ economies will not be enough to heal the divide between Kosovo and Serbian societies.

With the past 10 days seeing visits to Kosovo and Serbia from both EU and US officials, it seems western powers are emerging from what feels like a long winter sleep regarding the ground-to-a-halt Kosovo-Serbia dialogue.

The renewed interest in relations between the two states from the EU and US is naturally more than welcome. However, while head of the EU’s External Action Service Josep Borrell visited with a message to rebuild “trust” in the region, it seems that top US officials still maintain a dangerous ignorance when it comes to the things that matter most.

During his recent visit to Serbia and Kosovo, US Ambassador to Germany and recently appointed ‘special envoy to the Kosovo-Serbia dialogue,’ Richard Grenell, told Presidents Vucic and Thaci that they should each make a major concession: dropping a 100 per cent customs tariff in Kosovo’s case and halting a derecognition campaign in Serbia’s.

Doing so, Grenell reasoned, would enable the two countries “to work together” and “focus on the economy.” His visit came just days after the announcement about the possibility of introducing a direct flight between Belgrade and Prishtina – news that was saluted by all sides, as it should be.

But let’s put all of this into context.

The announcement of a possible flight between Kosovo and Serbia comes after years of empty promises on both sides over “building new roads and highways” that would “reconnect the two societies.” They are words that, so far, have never resulted in anything tangible. By still entertaining this idea, the US is only endorsing local political gibberish about “the projects of the future” that, in reality, rarely survive a single news cycle.

In both Prishtina and Belgrade, Grenell also emphasized both the US and President Trump’s focus on stimulating both countries’ economies, while insisting he would “leave politics aside.” I’m sorry to inform you of this, Mr. Ambassador, but to slightly paraphrase former US President Bill Clinton: It’s not the economy.

It has been only 20 short years since Serbia’s police, military and paramilitary groups were stopped from exterminating Kosovo Albanians after a decade of repression under Slobodan Milosevic’s police state. More than 8,700 civilian victims were killed by Serbian forces in 1998 and 1999 alone.

It has been only 20 short years since almost a million Kosovars were expelled from their homes, forced to seek refuge in other countries. Thousands were murdered by Serbian forces on their journey, leaving behind decimated and still grieving families.

Many of the survivors still don’t know where their loved ones are buried. Thanks to the heroic work of the Humanitarian Law Center in Serbia and Kosovo, we now know that there are around 1,600 people still missing from the Kosovo war, including at least 1,000 Kosovo Albanians, whose whereabouts Serbia keeps as a state secret.

“No body, no crime,” wrote one of Serbia’s chief policemen, General Obrad Stevanovic, in his diary after meeting Milosevic in May 1999, when the killing spree against the civilian population in Kosovo was at its highest. There are almost certainly still corpses lying in mass graves in undisclosed locations throughout Serbia, or burned to ashes in the bottom of a mine.

While the bones of Albanian civilians still remain scattered, forgotten and unidentified, it is appalling to talk about anything else.

These unspeakable Serbian crimes were politically, financially, and logistically supported by Milosevic’s elected regime. Twenty years later, state sponsored denial about this and other war crimes committed by Serbian forces dominates the public sphere in Serbia.

A focus on “the future,” “the economy,” and “a reconnection between our young people” are all familiar talking points from President Vucic’s stump speeches. Vucic, naturally, doesn’t want to look back. His past is disgraceful, he remains forever in the shadow of the 1990s, and the contribution he personally gave to enforcement of Milosevic’s genocidal policies as his Minister of Information.

What is more curious is why US officials now aid Vucic in his attempts to push aside Serbia’s violent history, especially considering that the US embassy in Kosovo rebuked the Serbian president only last month after he described the Recak massacre as “fabricated.” Kosovars deserve more from their proclaimed supporters.

‘Serbia must recognize Kosovo as an independent state.’ – Why is this such a rare thing to come out of top Western politicians’ mouths? They know as well as anyone the crimes Serbia has committed in Kosovo. After all, it was NATO, led by the US, that justifiably went to war to stop their continuation.

By giving so much weight to Serbia’s attitude towards Kosovo independence, the EU and the US are deeply humiliating the millions affected by the direct consequences of the war Serbia led against Kosovo Albanians throughout the 1990s. The need for Serbia to reject its policy of burying its responsibility for the atrocities that threw the whole region into poverty, hopelessness and hatred is as important now as it ever has been.

No ‘economic measures’ can heal these wounds. Especially not the suggested neoliberal economic support, which would see the already humiliated workers in Kosovo and Serbia thrown deeper into fighting for big capital’s gains, while receiving starvation wages and being deprived of basic workers’ rights.

Even if improved transport links can stimulate the economy, it seems like a flimsy basis on which to rebuild the fractured relationship between the two countries’ populations. A recent survey showed that around 50 per cent of respondents from both the Serbian and Albanian populations felt that there are “no similarities between Albanians and Serbs.”

But despite all this animosity between the two states, economic links have often remained. Vucic’s claim that the 100 per cent tariff on Serbian goods imposed by the Kosovo government in November 2018 has costs the Serbian state over 435 million euros shows the sheer volume of trade.

Preventing a repeat of history

In February, the 12th anniversary of Kosovo’s independence will be celebrated. The anniversary could serve as an opportunity for Serbia to pay respect to the victims, offer at least a verbal apology to the survivors and the victims’ families and recognize its crimes.

This sounds like a radical, even utopian proposition, but only because for two decades now Serbia keeps doing the exact opposite, for which it enjoys the support from the EU and the US.

Primo Levi, in his writings on the holocaust, said it simply: “It happened, therefore it can happen again: this is the core of what we have to say.” Serbia’s criminal past needs to be acknowledged and never forgotten. Every aggressor state in history has had to deal with this in one form or another, and this “fate” will not bypass Serbia, no matter how much we try to resist it.

Until we face up to our own culpability for genocidal policies and mass crimes committed against the people of Kosovo, that nightmare will continue to perpetuate a collective, dream-like state of denial from which we will not awake, a state where time stands still and suspect political and public figures remain in power.

What holds Serbia and Kosovo back today is not only a weak economy or high unemployment. These are legacies of the war. It is the old hatred, fears, and divisiveness that remain a part of our collective psyche.

Twenty years after Milosevic, it is time for Serbian society to feel remorse and finally admit to the crimes Serbia committed. Without such acknowledgment, a truly democratic Serbia and peaceful Western Balkans region will remain a lost dream. This view has to be shared and strongly reinforced by the almighty West, or we’re doomed to keep going in circles.