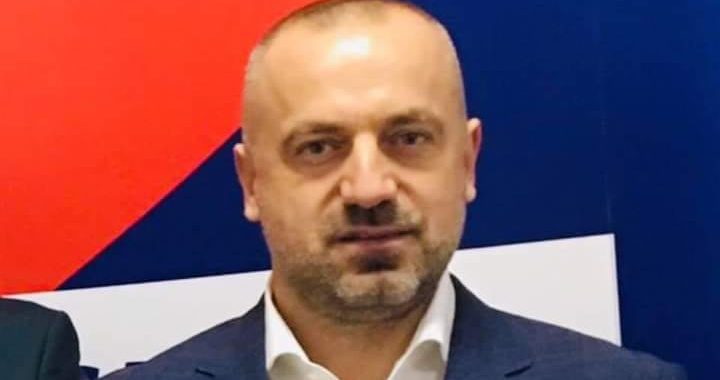 Powerful Kosovo Serb political leader and businessman Milan Radoicic, wanted as a suspect in the murder of rival politician Oliver Ivanovic, alleged Kosovo police raided his home in order to kill him.

A statement believed to have been posted on Facebook by Milan Radoicic, a businessman widely seen as the real power-holder in Serb-majority northern Kosovo, who is wanted in connection with the murder of politician Oliver Ivanovic, said the ultimate goal of a police raid on his home last week was to kill him.

“They came to my apartment where I live with my wife and little children, with an army of people armed to the teeth, with only one aim – to kill me,” said the statement attributed to Radoicic posted on the main Kosovo Serb political party Srpska Lista’s official Facebook page on Sunday.

There is a warrant out for the arrest of Radoicic and he has been on the run since the raid by Kosovo police on Friday. Three other people were arrested in the same operation on suspicion of involvement in killing Ivanovic.

In the Facebook statement, Radoicic, who is deputy president of Srpska Lista, admitted that he “was not the closest friend of Oliver Ivanovic”.

But he denied that he had anything to do with Ivanovic’s murder, calling it a “heinous and criminal attack”.

Ivanovic was shot in front of his political party’s headquarters in the Kosovo town of Mitrovica on January 16.

Before his death, he said he considered Radoicic to be the key figure in what he alleged was an intimidatory system of power in Serb-majority northern Kosovo. Radoicic has not commented on this allegation.

The Facebook statement attributed to Radoicic said that he was being persecuted for standing up for Kosovo Serbs.

“Pristina wants to remove me because they know that together with my friends and brothers, I am one of the few people willing to stand up to their intention of trampling upon and conquering the north of Kosovo and Metohija,” the statement said.

He described himself as “a slandered and persecuted man” but urged Kosovo Serbs to believe that “in the end victory will, without a doubt, be ours”.

Serbs staged protests in northern Kosovo after the police operation.

But Kosovo Prime Minister Ramush Haradinaj said on Friday that the police action that included the raid on Radoicic’s home was lawful, in accordance with a warrant by the Special Prosecution, and not a political move.

“I want to assure all citizens that Kosovo and its rule of law institutions will in no way ever be oriented against one political or ethnic group,” Haradinaj said.

During a televised interview on KTV’s Rubikon in October, Haradinaj said that Radoicic has significant authority in northern Kosovo, and that he respected the Kosovo Serb powerbroker.

“I need the north, I need to reach all those who have authority [there] and communicate with them in order to integrate the north,” Haradinaj said.

“I know and respect him [Radoicic]… I don’t want to go into the details, but I have communicated with him in the past, I met him. The reasons are his authority in the north, and the north is not foreign, it is ours,” he added.

Ivanovic was gunned down outside his office in North Mitrovica on January 16.

At the time of his death, he was being retried for ordering the murder of Kosovo Albanians in 1999 during the war in 1999. He pleaded not guilty