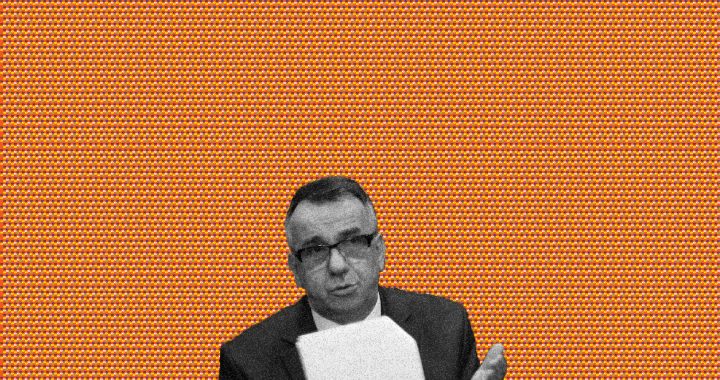 Enver Hasani, the former rector of the University of Prishtina, was acquitted by the Court of Appeals today.

According to the court’s decision, there was insufficient evidence to find Hasani guilty of fraud while in office.

In October last year, Hasani, a former Constitutional Court judge, was found guilty for committing fraud while he was rector. He was sentenced to one year in prison, only to be served if he repeated the offense in the following two years.

Hasani and two other individuals, Albert Rakip and Hakif Veliu, were all found guilty of what the case’s prosecutor called a “white collar crime.” The case was one of the 43 corruption and organized crime cases earmarked for visa liberalization.

Arber Jashari, spokesperson of the court, confirmed Hasani’s acquittal, stating that the two other defendants in the case, Rakipi and Veliu, were given a one year prison sentence, effective immediately, as opposed to the initial decision to sentence them to six months in prison, or a 10,000 euro fine.

The Court of Appeals held a session last week to review complaints by the appellants.

The three defendants were charged with acting as accomplices and committing fraud while in office. According to the indictment, the three defendants implemented a translation contract between the University of Prishtina and the Institute for International Studies, ISN, in 2012, during Hasani’s tenure as rector. At the time, Rakipi was director of the ISN and Veliu served as chief procurement officer for the University.The amendment enabled ISN to illegally benefit from over 70,000 euros.

Through a 19 page verdict issued on Tuesday, the Kosovo Court of Appeals decided to acquit Hasani, saying that there was no proof that he falsified or altered the original contract for the translation of books from English to Albanian after a prior agreement with Veliu for the benefit of ISN.

“None of the proof can be used to verify where, when, how and why Hasani made an agreement with the other accused individuals,” the verdict reads.

The court discredited the testimony of Marjan Dema, current rector of the University of Prishtina, which was used for the first verdict.

“According to the court, Demaj’s testimony is extremely unacceptable. This is because his testimony during the investigation is diametrically different from the one given during the court procedure, but also because he did not offer any proof while arguing his points,” the decision reads.