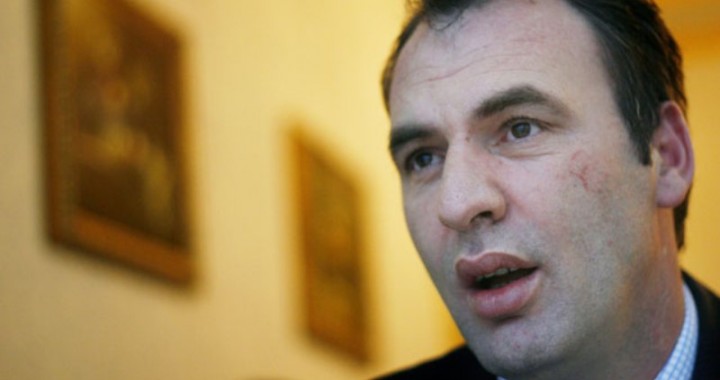 The Special Prosecution indicted the NISMA leader in connection to the murder of two Albanian civilians, committed on November 2, 1998 in Malisheva.

Today, the Kosovo Special Prosecutor raised charges against former Kosovo Liberation Army, KLA, commander Fatmir Limaj. In May 2016, Limaj was cleared of all charges of abuse of Albanian and Serbian prisoners during the Kosovo war. Limaj was also accused of war crimes by the International Criminal Tribunal for former Yugoslavia in 2003. He was acquitted.

The new Special Prosecution indictment accuses Limaj, as a KLA member and the commander of Brigade 121, of not taking reasonable and necessary measures within his competencies to prevent or stop the murder of two civilians, Ramiz Hoxha and Selman Binishi. On November 2, 1998 Hoxha and Binishi were seized from a mosque in Bellanice and executed at the entrance to Kravasari village in Malisheva.

According to the indictment, Limaj saw the bodies of the victims and was aware of the crime, but intentionally did not take any measures to find the culprits or report the crime to competent bodies.

Limaj’s indictment comes days after the upheld sentencing of the ‘Drenica 2’ group, involving three KLA members sentenced for war crimes against civilians. Today, the Kosovo Assembly passed a resolution to defend the ‘values of the KLA war’ and promised to pass a law to ‘defend the merits of the KLA and its members.’